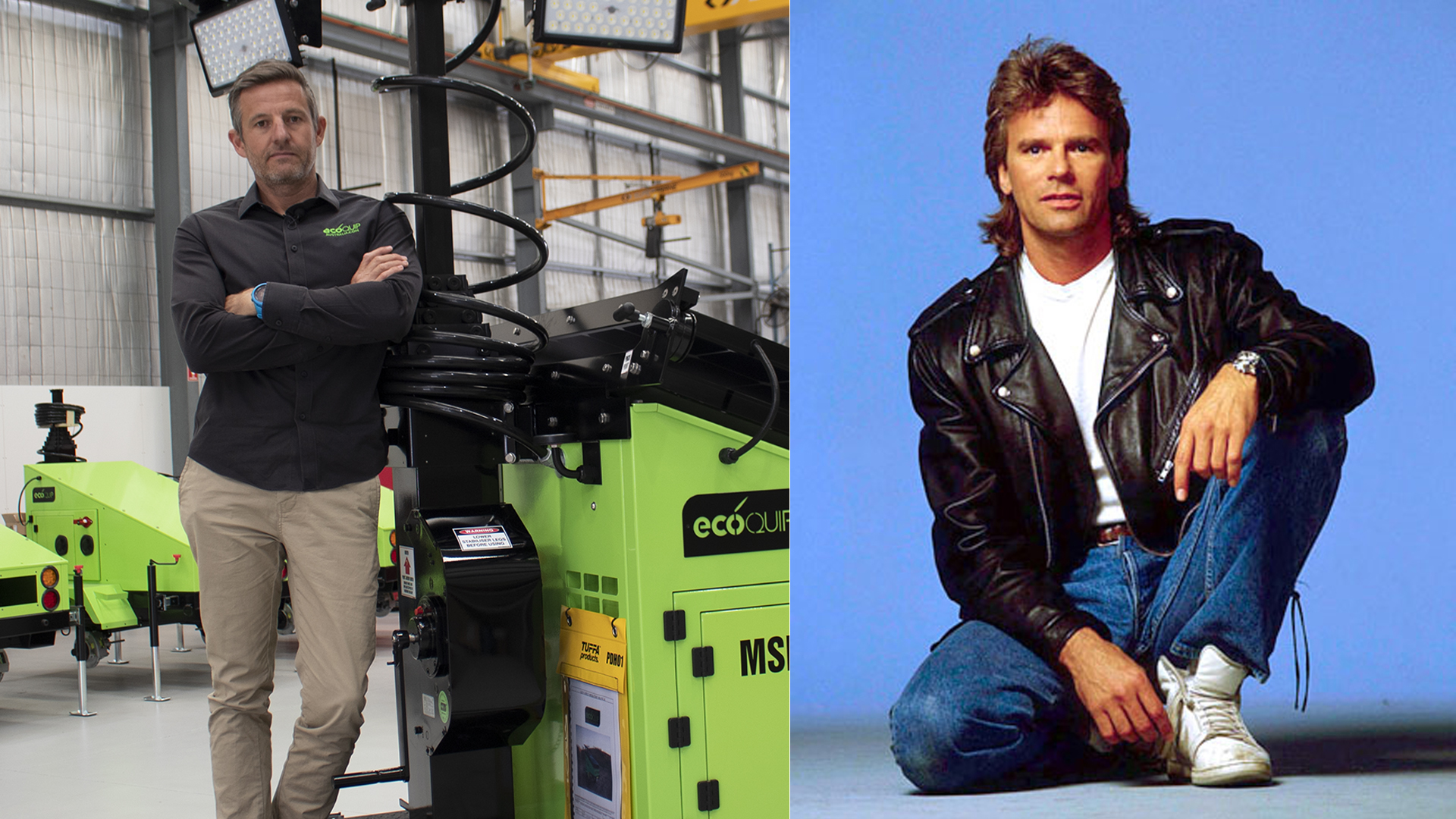 Dave Sharp’s colleagues sometimes refer to him as MacGyver, which he reckons can’t be a bad thing.

“MacGyver was a superstar, so that’s got to be a compliment – surely,” Sharp laughs.

“More and more these days, if something doesn’t work or if they don’t have the right part to fix it, people are very quick to say ‘oh well, we can’t fix it’ or ‘we can’t make it right.’

“I kind of enjoy the challenge to be honest. I like it when something doesn’t work and then using whatever is my disposal to make it work.”

MacGyver, for the uninitiated, was a TV character who debuted in the mid-1980s, worked for the fictional Phoenix Foundation and was sort of your neighbourhood Mr Fixit on steroids. Played by Richard Dean Anderson, replete with a magnificent blonde-tinged mullet, MacGyver (among other things) once defused a missile warhead with a paperclip; built a two-person ultralite plane out of bamboo poles, a tent, a wheelbarrow tyre, a lawnmower engine and duct tape; and turned a regular rifle into an automatic weapon with the addition of a cord, matches and a stick.

Sharp doesn’t have a mullet but is the founder of Perth-based company EcoQuip and his inventions are probably a little less exotic. But they certainly have a punch – his MSLT4 mobile solar lighting tower is providing mining and resources ventures with a zero-emission, zero-maintenance alternative to using diesel to help illuminate sites that operate through the night.

It’s also capable of being switched on and off and troubleshot remotely via a mobile phone, which is more-than handy given the remote Australian locations of some of those operations and the fact the MSLT4 is set to be used as far afield as Mississippi.

“When I look back at the very first trailer that we ever built and when I look at this trailer here [the current model] I know how much time and effort has been put into that,” Sharp reflected.

“I’ve been really lucky that I’ve managed to partner with people all over the world. To be the best in the world you’ve got to work with the best, and to do that I’ve travelled everywhere to find that person.

“Obviously the last couple of years have been hard not being able to travel [due to COVID-19], but I look back at the trailer now and see all the different components and the thought process that’s gone into every part – and it does make me proud, for sure.”

Sharp says he’s always had a thirst for invention and innovation and believes there’s a simple reason behind it.

“I’ve always been interested in making things better – and I think I’ve never been quite satisfied by what was available,” he explained.

“There’s no denying that most people when they design something or try to sell something, it’s to try to get it in front of as many people as humanly possible.

“So that means it does a lot of things, but not really, really well. Everyone has experienced that feeling where you buy something and think ‘oh, this could be better.’

“So I’ve always just taken things apart and changed them so they were perfectly suited to what I was trying to do.

“That was probably what my first invention was. Something that was existing and I wasn’t happy with. Instead of settling for that, I just would have changed it.”

Sharp started EcoQuip in 2013 and completed the design and initial manufacture for the fourth generation model of lighting towers in 2018, the same year in which ASX-listed Volt Power bought into his company.

His initial interest in developing what has become the MSLT4 was sparked by a professional involvement in solar power and a personal passion for the great outdoors.

“I was working construction up north and then I came back home and started doing residential solar installs, then moved on to commercial, to industrial and then onto off-grid,” he recounted.

“I’ve always had a passion for travelling and being away – and being able to stay away for as long as humanly possible and power all my fridges and equipment from the sun was something I loved to do.

“I was trying to push the boundaries with how much charge I could get into a battery and how quickly, and then also what I could power from it.

“The sun is always shining. So, why aren’t we using more of it?”

Like a lot of start-up businesses, EcoQuip had humble origins – its first base was in the driveway of Sharp’s Perth home.

These days it’s headquartered in far bigger premises in Kewdale and has a client list that includes Chevron, BHP, FMG and Thiess, plus exciting potential opportunities in the US.

It’s easy to see why the MSLT4 has gained traction, with a fleet of 100 estimated to save 1 million litres of fuel, abate 2500 tonnes of CO2 emissions and reduce operating costs to zero compared to the diesel equivalent (based on 12-hour daily operation over 365 days).

While his product is clearly going places, Sharp says his method of inventing remains much the same as always – and that paved the way for one of MSLT4’s neatest features, the ability to remote in via mobile phone.

“It always comes from a problem,” Sharp said of his innovation process.

“I remember back in the early days [of Ecoquip] I got a call up that something was wrong with a trailer and they couldn’t work it out.

“Those 16 hours home I was just constantly thinking ‘how do I make this not happen again?’

“Ask anyone who knows me, I love being on the road, don’t get me wrong. But driving 16 hours to reset a circuit-breaker is not a great way to spend my time!”