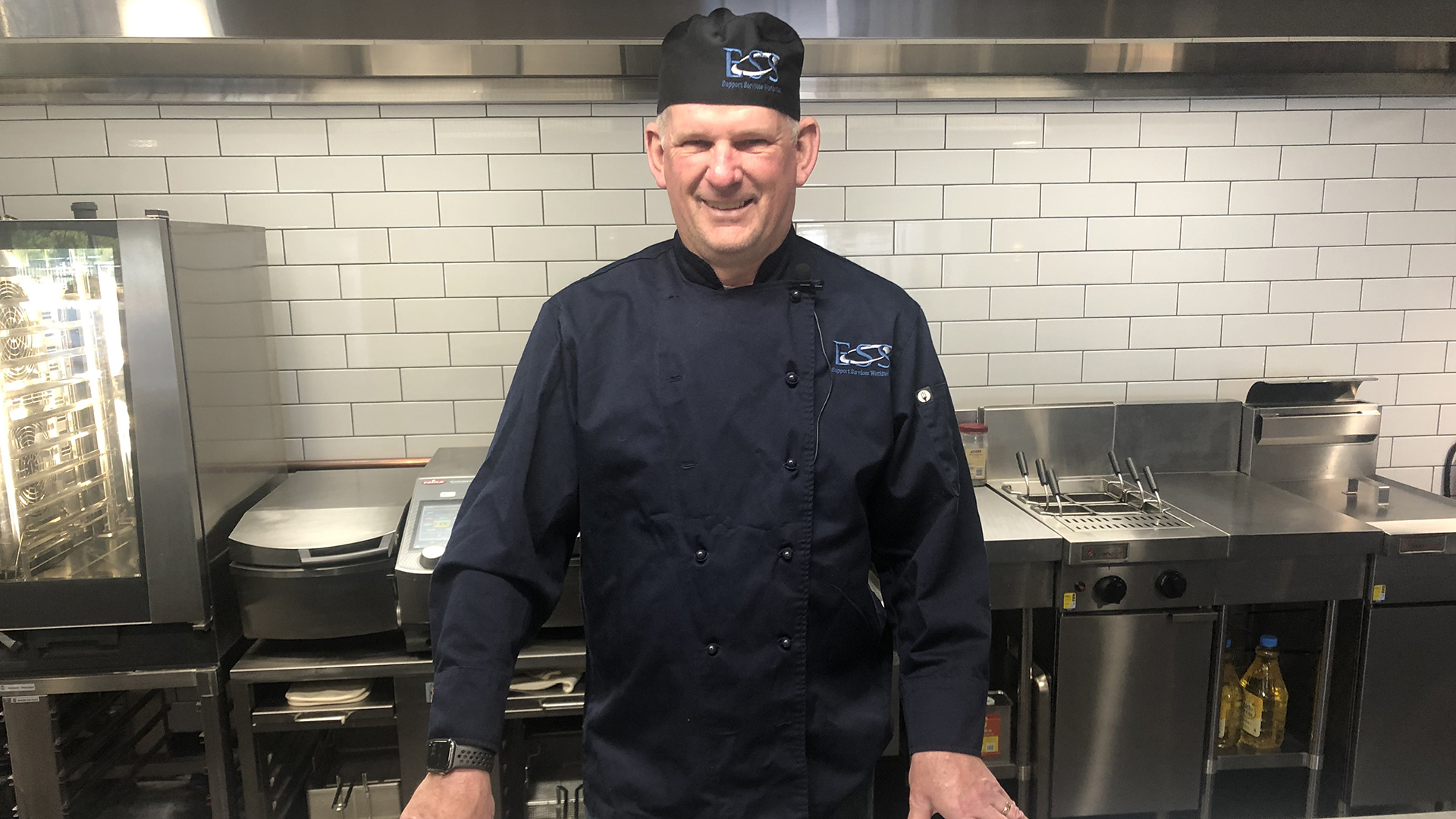 A little more than a decade ago, Andy Barnes was plying his trade at the top end of the cooking scene in the United Kingdom.

As executive chef for the Heathcote group – owned by renowned UK chef Paul Heathcote – he oversaw cooking at 19 restaurants, including the flagship Longridge Restaurant at Preston in England’s north-west.

“My cooking career had started when I was 18 at a small hotel in the UK called the Golden Lion,” Barnes reflected.

“From there I went to the north of England and started working for an exclusive hotel. The head chef there was Paul Heathcote and he bought his own restaurant and asked me to go along with him and open up Paul Heathcote’s at Longridge.

“Within 12 months we got our first Michelin Star, then [two years later] got our second Michelin Star and then started expanding the restaurants around the UK.

“I travelled the length and breadth of the country and worked 19 years for the company.”

A move to Australia in 2009 led to a three-year stint at Clive Bevan’s Friends restaurant but Barnes had started to notice a gap in his work-life balance that would be familiar to many people who have worked in the hospitality trade.

“I never saw them [in between] because I was working lunch and dinner every day. I started work at 8.30 in the morning and finished about 11.30pm and midnight.

“So those were quite long days and I ended up working six days a week as well.”

Barnes would find better balance in a somewhat unlikely place: the mining industry that operates in some of the most remote locations in WA.

Currently, he is a head chef at Compass Group’s ESS, which manages more than 80 remote and offshore facilities around Australia – including the Tropicana gold mine 330km north-east of Kalgoorlie, a site Barnes flies out to once a fortnight.

“I’ve got onto an eight and six roster now, which is super family-friendly. It’s a week-on, week-off basically and I thoroughly enjoy it.

Of course, not looking back doesn’t mean minesite cooking life isn’t without challenges.

On an ordinary day, Barnes and the Tropicana crew might cook for about 500 people.

But during shutdown and maintenance periods, that figure can swell to 1,000 people.

And that’s without taking into account the huge variety of dietary requirements you might get on a site with a diverse demographic of residents.

“Instead of cooking for a table of four, you could get a table of 400!” Barnes said.

“The most challenging thing at the moment – and it’s growing more and more – is the dietaries.

“You’ve got to include everybody in your menus and it’s a lot more diversified than it used to be.

“And then it’s making sure you check your allergens, because certain packets contain stuff that you don’t realise.”

Barnes spends most of his time back in Perth enjoying family life and the peace-and-quiet of not having his phone ring during time off, which was a frequent occurrence during his restaurant days.

Occasionally he’ll slip into a restaurant kitchen to keep his fine-dining cooking skills sharp, and he also spends time in the Compass Academy kitchen preparing chefs and apprentices coming through the system for life on a mine site.

Barnes says chefs are in extremely high demand for mining and resources operations and across WA in general.

“We are trying to recruit apprentices and also cooks to cover these positions.

“Obviously with the borders being closed, nobody is moving around. We used to get people over from the UK during working holidays.

“So there’s a massive shortfall.  But really it’s a case of promoting cooking.

“It’s been good for me and I’ve enjoyed it.”