How much food do you need to keep a mining camp going? 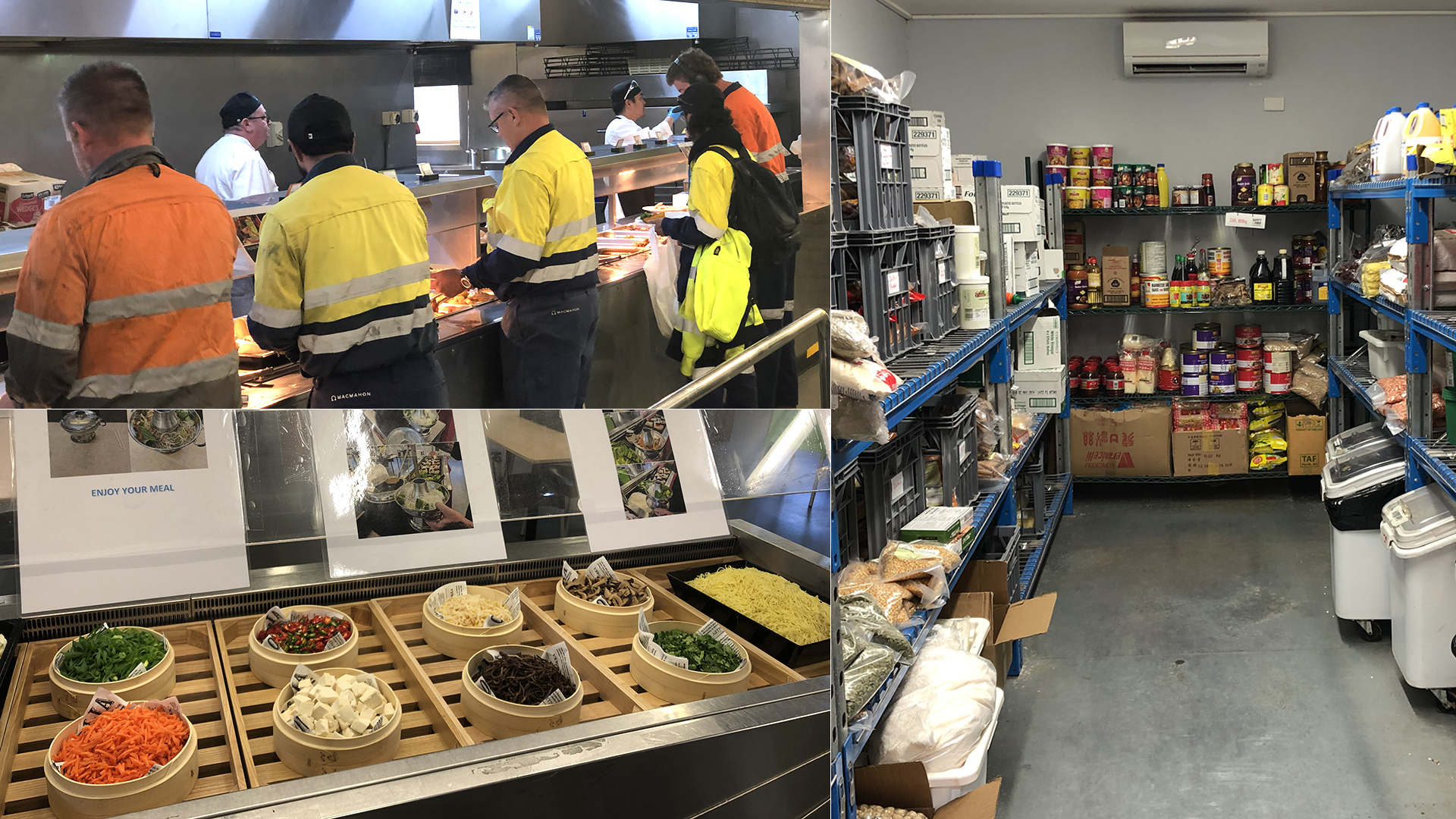 Welcome to AngloGold Ashanti Australia’s Tropicana mine site, 330km north-east of Kalgoorlie-Boulder, where the weekly food delivery is generally worth somewhere between $75,000 and $85,000 and includes some 7500 eggs, 400 litres of fresh milk and 400 kilograms of watermelons.

AngloGold Ashanti Australia is the 70 per cent owner and manager of the mine through the Tropicana Joint Venture, with Regis Resources Limited holding 30 per cent .

“I’ve been doing this off and on now for about 30 years,” chef James Glennie says.

“It can be hard to maintain service but you get to know your peak times, when buses arrive and hungry miners come racing in.

“We’ve got a good bunch out there. There’s a lot of good humor that goes on all day, which gets you through any tough times.

“I think especially during [the early days of] COVID, when we were locked in here, you could see the fear in people’s faces because they didn’t know what was going to happen.

“But we kept up a good comedy rapport with the crew.”

Tropicana’s kitchen runs a crew of eight chefs around the clock – four on nights and four on days – supported by a similar number of utility workers.

They look after twin daily meal services between 4am and 8am and again between 4.30pm and 8pm, which cater for workers starting and then completing day shifts and also completing and then starting night shifts. Workers heading off to both shifts will also collect crib packs so that they have “lunch” supplies with them.

“There are so many different tastes and expectations. We have residents and workers come from all over the world and from different ethnic backgrounds.

“We have everything from vegetarians to vegans, gluten-free and halal – and all those things are factors for us when we put food and the menu together.

“It’s important that we try to get a good balance so that we can have a good happy working lifestyle for all the people out here.”

Given the complexities of that equation, it pays to have good chefs on staff.

Henderson himself previously worked as a chef at Coco’s in Perth, while another head chef Stefan Gregory previously partnered with his father to run a restaurant that was famous for its Yorkshire sliders.

And then there is Andy Barnes, who spent 19 years at the Michelin-starred Heathcote Group in the UK.

“Andy’s influence has been very positive for our team,” Henderson said.

“He’s got a great sense of humour and certainly isn’t the style of Michelin chef you see on TV.

“He’s very forthcoming in passing on his experience to the upcoming people in our kitchen like the trainees and apprentices, and he loves to be hands-on.

“He’s done some cooking classes out here in the past and it’s had a really positive effect on the food here.”

Glennie is a fan as well.

“Andy Barnes is one of the most experienced operators I’ve met and he’s also a gentleman to work with,” he said.

“You can ask him a question about anything and he’s got it in his head somewhere.”

While the chefs on a mine site work 12-hour shifts that mirror those of the other workers, many enjoy a lifestyle that isn’t always available in restaurants and hotels in cities or major regional areas.

Barnes, for instance, works eight-days-on, six-days-off, which he says has allowed him to see far more of his family and enjoy time off without constant calls from a kitchen.

Among the most popular items at Tropicana are Glennie’s lemon meringue pie, Chef Ramesh Raju’s butter chicken and a couple of Barnes specialties: a beef wellington with mushroom sauce and a gluten-free orange and almond cake with a chocolate sauce.

In more recent times, the kitchen has added a “vegan steamboat” to bring a bit of Asian flavour to the menu and provide more options for those who don’t eat meat.

Henderson says there’s one surefire way to judge whether a team is doing a good job with on-site cooking.

“Our bellies rule when it comes to our working day – in the morning, to get a start, and at the end of the day, it’s something we look forward to,” he said.

“The most common feedback I get – and I’ve worked at a number of sites – is that the food is really good here…consistently good.

“It’s great to get that feedback about the food and great hearing about my team, my staff, their names being used like ‘such and such did a great job’.

“That personal interaction with the team and customer feedback, it’s really important.

“It’s a real challenge sometimes if the dish we had planned to make is missing certain ingredients that did not make it on the truck, or if we find a product is not up to standard.

“That’s when the team really step up to ensure we don’t miss a beat and get creative to make something else. We can’t tell the workforce ‘sorry, no dinner tonight – we had an issue today but we’ll do something tomorrow’.”