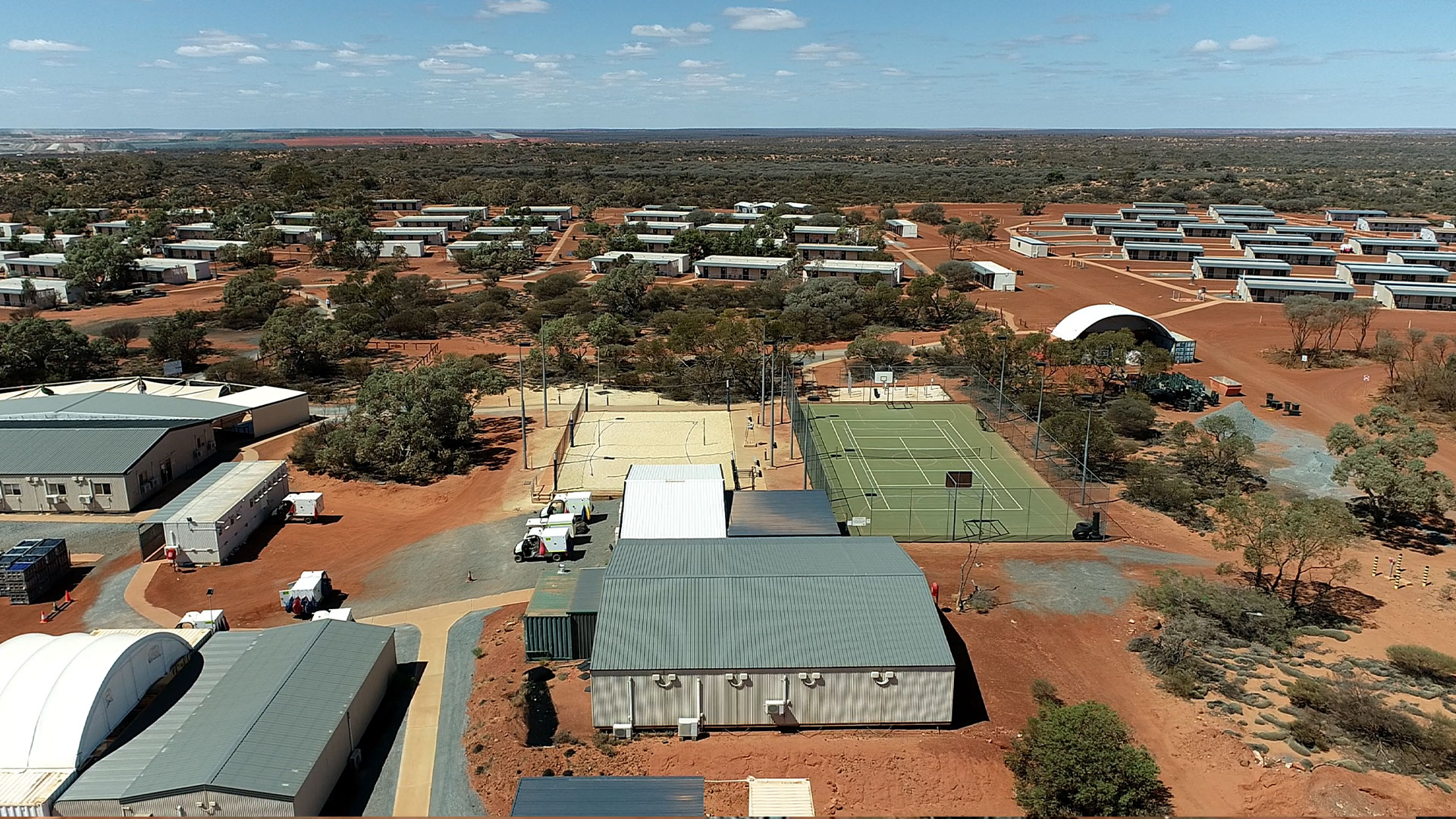 Next time you’re feeling a bit challenged about managing your own household, spare a thought for Andy Henderson.

Henderson is village manager for ESS at AngloGold Ashanti Australia’s Tropicana gold mine, which means overseeing facilities management for an average of 500 to 600 workers each week and up to 1000 people during shutdown periods.

Tropicana is 70 per cent owned and managed by AngloGold Ashanti Australia, with Regis Resources holding the remaining 30 per cent. The site is located in the Great Victoria Desert, 330 kilometres east-northeast of Kalgoorlie-Boulder in Western Australia.

Henderson is at pains to point out that management of the village is a team effort tackled by many (60 staff, in fact). But it’s also a complex equation that includes accommodation for all those workers and the cleaning that goes with it, oversight of a kitchen that operates 24 hours a day, organising daily buses ferrying hundreds of people to and from a nearby aerodrome, management of on-site security, and provision of recreational and exercise facilities for a group of workers that might at times outnumber the population of some regional towns.

“I think it’s a bit like having Conrad Jupiters [casino on the Gold Coast] or something like that,” Henderson said of the logistical management task.

“But we’ve also got an airport and a bus service. It’s a little bit like a hotel away from home.

“It’s about providing an experience for people as well as a working lifestyle.”

Here are a few quick statistics that sum up the magnitude of managing Tropicana for Henderson and his team: $75,000 (the average cost of a weekly food shop), 100 kilograms (a day’s worth of roast pork), 400 kilograms (weekly consumption of watermelons), 800 (the number of rooms cleaned each week) and 6000 (pieces of linen sent off site for cleaning).

As Tropicana Village Operations Support, Dave Nguyen, says the cleaning staff are some of the busiest on site.

“Everybody tries to be competitive about how many steps they do – and we usually range between 16,000 and 25,000 steps a day as a housekeeper,” he said.

“It’s quite a bit of cleaning but also a lot of traversing between rooms, carrying equipment back and forth and carrying clean linen.

“A lot of our cleaners come from working as housekeepers in the city but for some people this is their first job ever.

“It’s a good way for them to get their foot in the door and into a FIFO environment and grow into something bigger.

“They’ll condition themselves to the environment and also to the safety standards that we hold pretty high as a benchmark on all FIFO sites.”

Tropicana, which began production in 2013, is one of WA’s newer gold mines and also one of its most productive, with output of more than 424,000 ounces of gold in 2020.

Tropicana General Manager Stephen Perkins said the work done to help manage staff when they are off-duty is in many ways as important as anything mine workers do while on shift.

“People probably spend more time here than they do at home,” Perkins said.

“ESS do a fantastic job looking after the camp and I consider them as important as the truck driver and the gold room operator … they are a part of the team.

“We will hear more about something not being quite right for the workforce [in the village] if they haven’t done their job up to the standard that they do.

“And we don’t hear those complaints very often.”

Perkins is a strong believer that “if you get the food right, everything else flows from that” – a theory Henderson also subscribes to, saying that “our bellies rule when it comes to the working day”.

To that end, Tropicana has eight chefs split between 12-hour day and night shifts, including Andy Barnes, who spent 19 years working for a Michelin-starred restaurant group in the UK.

With so many raw ingredients coming in just once a week and no supermarkets just around the corner to pop out to, being able to manage supplies is a key job for the Tropicana kitchen.

“The food truck brings us vegetables, dairy products and all our meats,” Henderson explains.

“We order two weeks in advance, so we can make sure we’ve got stock coming through.

“Keeping it fresh, for us, is really about rotating stock through. There is definitely an expectation that people will get up here what you would get from a supermarket in Perth.

“In the village, whether it’s meals or getting rooms ready for arrivals, we’ve got limited time with no option to leave it until the next day.

“This is a real challenge sometimes if the dish we had planned to make is missing certain ingredients that did not make it on the truck, or if we find a product is not up to standard.

“That’s when the team really step up to ensure we don’t miss a beat and get creative to make something else. We can’t tell the workforce ‘sorry, no dinner tonight – we had an issue today but we’ll do something tomorrow’.”

Of course, in the case of food, you can have too much of a good thing. Tropicana offers a wide variety of exercise options for balance, including a “beach” volleyball set-up, basketball courts, running and walking circuits, and a well-appointed gym overseen by Taste Life coordinator Demi De Lange.

The ESS Taste Life program has a strong focus on both physical and mental health, including interacting with the Strong Minds, Strong Mines initiative being run by AngloGold Ashanti Australia and Tropicana contractor Macmahon.

“It’s extremely important to look after your mental health on a mine site. Sometimes it’s like living in a different world here,” De Lange explained.

“Our job is to make people’s lives easier and make people feel like they’re at home.

“We eat quite a lot here and we get provided really good food, so the gym is quite important because it’s a way for people to work off all that energy … but also to relieve stress.”

Perkins says there is a constant requirement for mine site accommodation facilities to be refined and, to some extent, to be reinvented – and Tropicana is no exception.

“We’ve got Foxtel [in rooms] and we’ve got good recreational areas,” he said.

“I like to go for a run in the desert, but we’ve also got a good wet mess, a great gym and a music room now as well.

“And we’re always open to new ways of doing things.

“Village life isn’t all that easy at times, but I think we’ve got a set of really good people that do the right thing.

“There is a very good culture here and it’s defined by the people. I’m just happy to be part of that culture.”