White Christmas on WA mine site thanks to surprise roo arrival 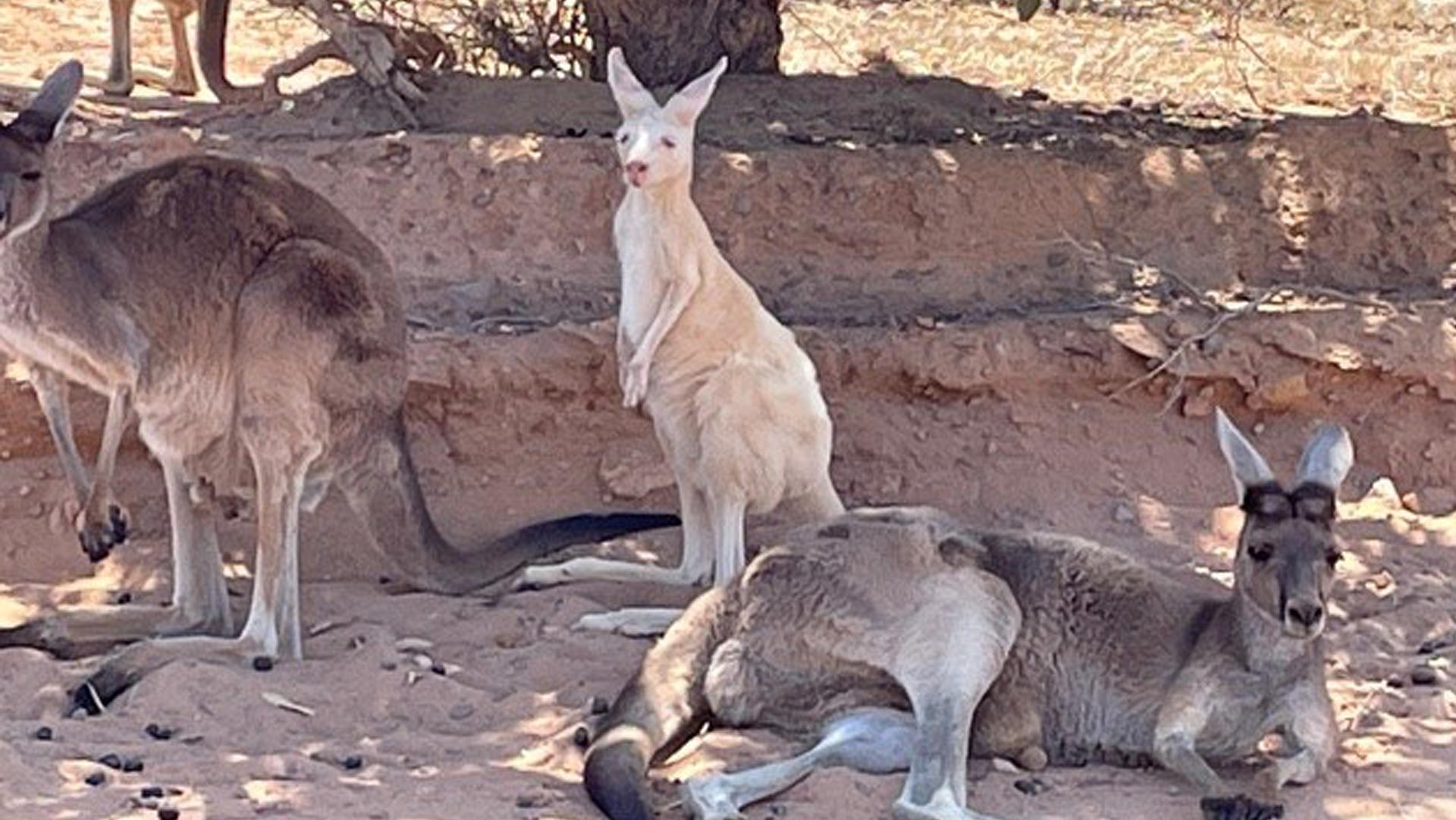 It’s already shaping as an uncharacteristically white Christmas for staff at Iluka’s Eneabba site – at least as far as the local kangaroo population goes.

The Eneabba sandplain – located about 278km north of Perth – is famous for its spectacular wildflower displays during spring. It’s also the site of ongoing rehabilitation work on Iluka’s historical mineral sands venture and the company’s current and emerging operations processing rare earths stockpiles.

But it also now appears to be home to a young albino kangaroo.

“Since then we’ve realised it’s been hanging out in the one spot nearly every day with its family. Everyone has been stopping by for a sticky beak.

“The spot is just off one of our main haul roads and it seems to stay there in the shade with its mob.”

Dyer has sent photos of the kangaroo to Australian Museum researchers, who are interested because most reports of white Western Grey Kangaroos come from further south in WA and the majority of those sightings involve leucistic animals (that is, they lack pigment in the fur but still have pigmented eyes, skin, noses and other features).

On the other hand, based on the photographs, the Eneabba newcomer would appear to be a rarer true albino and lack all pigment.

Certainly it’s a first for Dyer, who has been working for Iluka since 1994, and was employed in mining in the Pilbara before that.

“I’ve never seen [an albino kangaroo] in the wild – I’ve only seen them in captivity,” he said.

“Considering I’ve been working in the bush for 40 years, that’s pretty interesting.”

We can also confirm the kangaroo to the right of the white roo does NOT have goggles atop its head – although on first glance you could certainly understand how its marking might make it look like that!