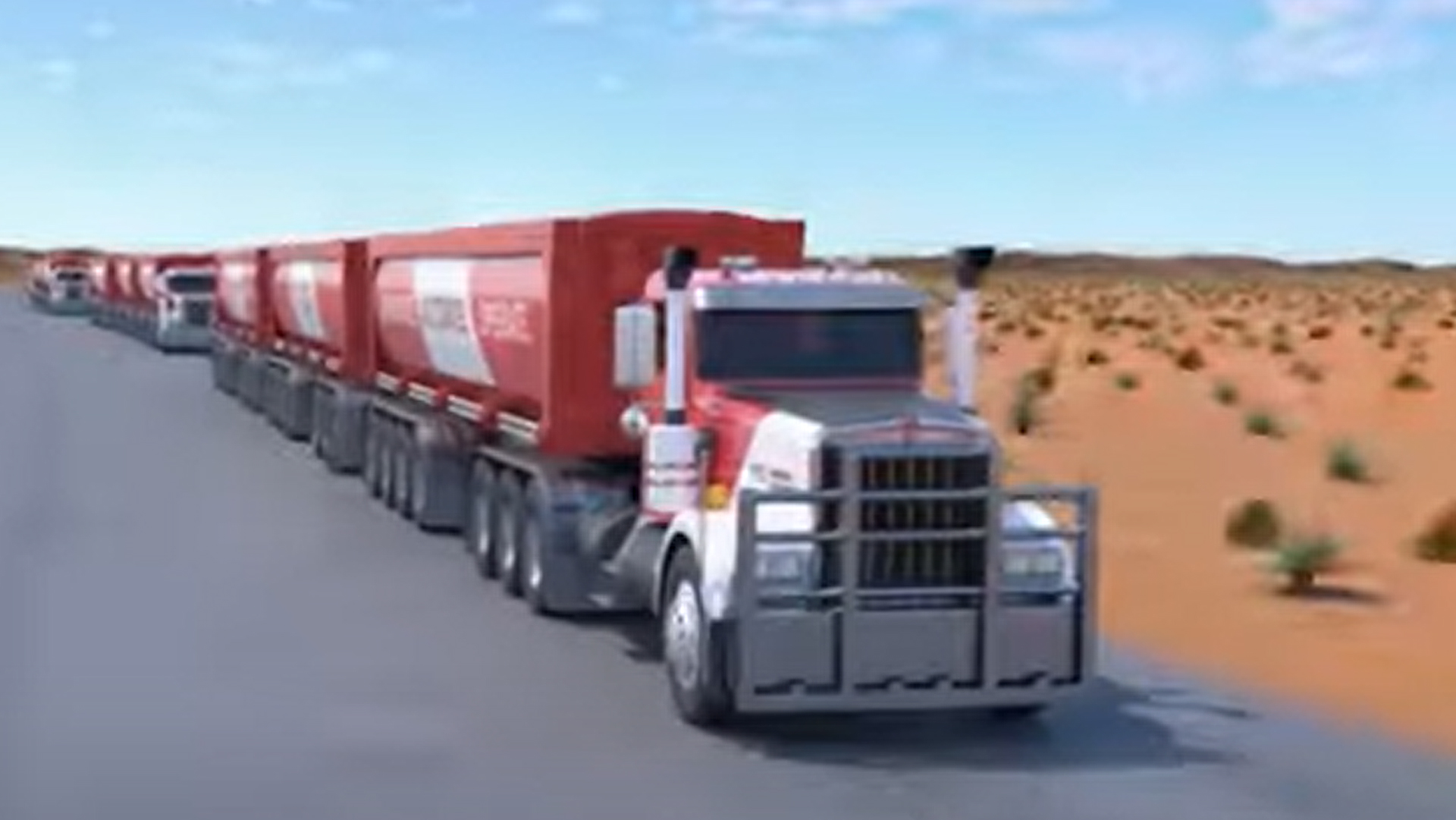 World-first autonomous road trains have been identified as the way of the future for one leading WA iron ore miner.

Mineral Resources recently announced a partnership with specialist Hexagon, to develop an autonomous road solution that would allow triple-trailer trains to haul ore from the Ashburton Hub project to the Port of Ashburton.

Road train convoys would consist of up to five prime mover trucks, each pulling three trailers.

The concept was initially tested at autosport venues in Perth and is now the subject of a pilot project at Mineral Resources’ Yilgarn operations.

“In recent years, we have implemented a number of new technologies which have enhanced the safety and operational efficiency of our long-distance road train haulage fleet, reducing the risks of driver fatigue and increasing fleet availability,” he said.

“The autonomous road trains will take us to the next level again. They provide a safe, cost-efficient solution for hauling ore, which is key to unlocking stranded tonnes in the Pilbara.”

Automation has been a key area of transformation for the WA mining and resources sector over the past decade.

Rio Tinto’s autonomous heavy haul railway system – dubbed by the company as the “world’s largest robot” – was last year one of six WA winners of Engineers Australia’s Engineering Excellence Award, and the only WA finalist for the Sir William Hudson Award recognising the best engineering project in the country.

FMG has introduced a fleet of driverless utes at its Christmas Creek operations. The on-board automation system allows the driverless vehicles to make more than 10,000 annual short trips to collect equipment and parts which otherwise would have to have been performed by maintenance team members.

Meanwhile, the WA School of Mines in Kalgoorlie-Boulder appointed Dr Robert Solomon in August 2020 to be the institution’s first ever Professor of Practice in Mining Automation and Data Analysis. Dr Solomon’s appointment came in partnership with FMG, where he continues to work as Manager of Operational Duties.

Hexagon is a leading Australian provider of data-based and autonomous solutions to mining challenges – including those around safety.

The company is the Australian installer of Guardvant technology, which uses camers in mining equipment to monitor eye movements of operators and recognise when they are suffering from fatigue.