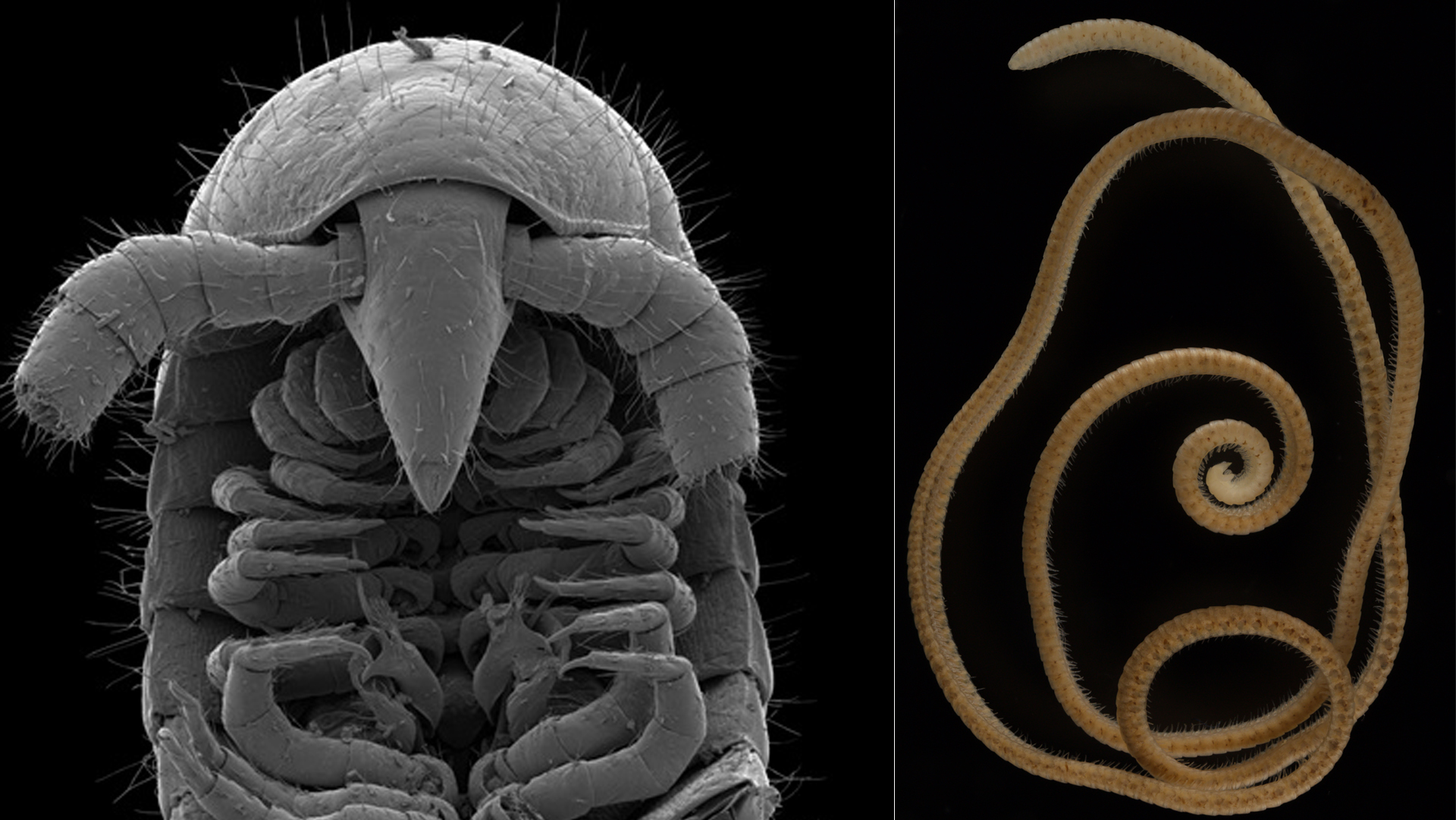 The past couple of years have been both out of this world and remarkably of this world for minerals exploration drilling in the Goldfields.

You might remember the story of a team of geologists from Evolution Mining, who were exploring for gold outside of Ora Banda in 2020, when they reported abnormalities in their drill results – which turned out to be an indicator for a likely hit from an asteroid up to 200m wide about 130 million years ago.

Well now an equally amazing story has emerged from the Goldfields-Esperance region, where exploration activity at a site 100km west-south-west of Norseman led to the world’s leggiest creature being found at a depth of 60 metres underground in August 2020.

The newly named Eumillipes persephone has 1306 legs, some 556 more than the previous record for a millipede. Indeed, it could be classified as the world’s first true millipede given it’s the only one to have been discovered with at least 1000 legs.

The first generic half of its Latin name equates to “true thousand feet”, while the second specific part refers to the Greek goddess Persephone, who became the queen of the underworld, a reference to the creature’s subterranean habitat.

In a paper published on nature.com last week, the team reporting the discovery – which includes the WA Museum’s Head of Terrestrial Zoology and Curator of Arachnids and Myriapods, Dr Mark Harvey – outlined the surprising and significant nature of the find.

The animal, which measures only 0.95mm in width and 95.7mm in length, has 330 segments, a cone-shaped head with enormous antennae (at least in relation to its diminutive body!) and a beak for feeding.

It is distantly related to the previous world record holder for legs (California’s Illacme plenipes), lacks eyes and pigmentation, and has a greatly elongated body, which makes it unlike its closest surface-dwelling Australian kin.

In total eight members of the new species were collected in troglofauna traps at depths between 15m and 60m in pre-existing drill holes that were being surveyed for evidence of millipedes and other subterranean fauna.

Given the remarkable nature of the find and the constant activity of mining in the Goldfields, conservation of Eumillipes persephone’s habitat going forward will now become an important consideration.

Less than a week after the world first heard about its existence, it already has its own Wikipedia page!

Millipedes have lived on Earth for more than 400 million years and are considered to be important as decomposers in terrestrial ecosystems.

Some extinct species are thought to have been more than two metres in length, including one fossilised version discovered recently in northern England that has been estimated at 2.7 metres and weighing about 50 kilograms.