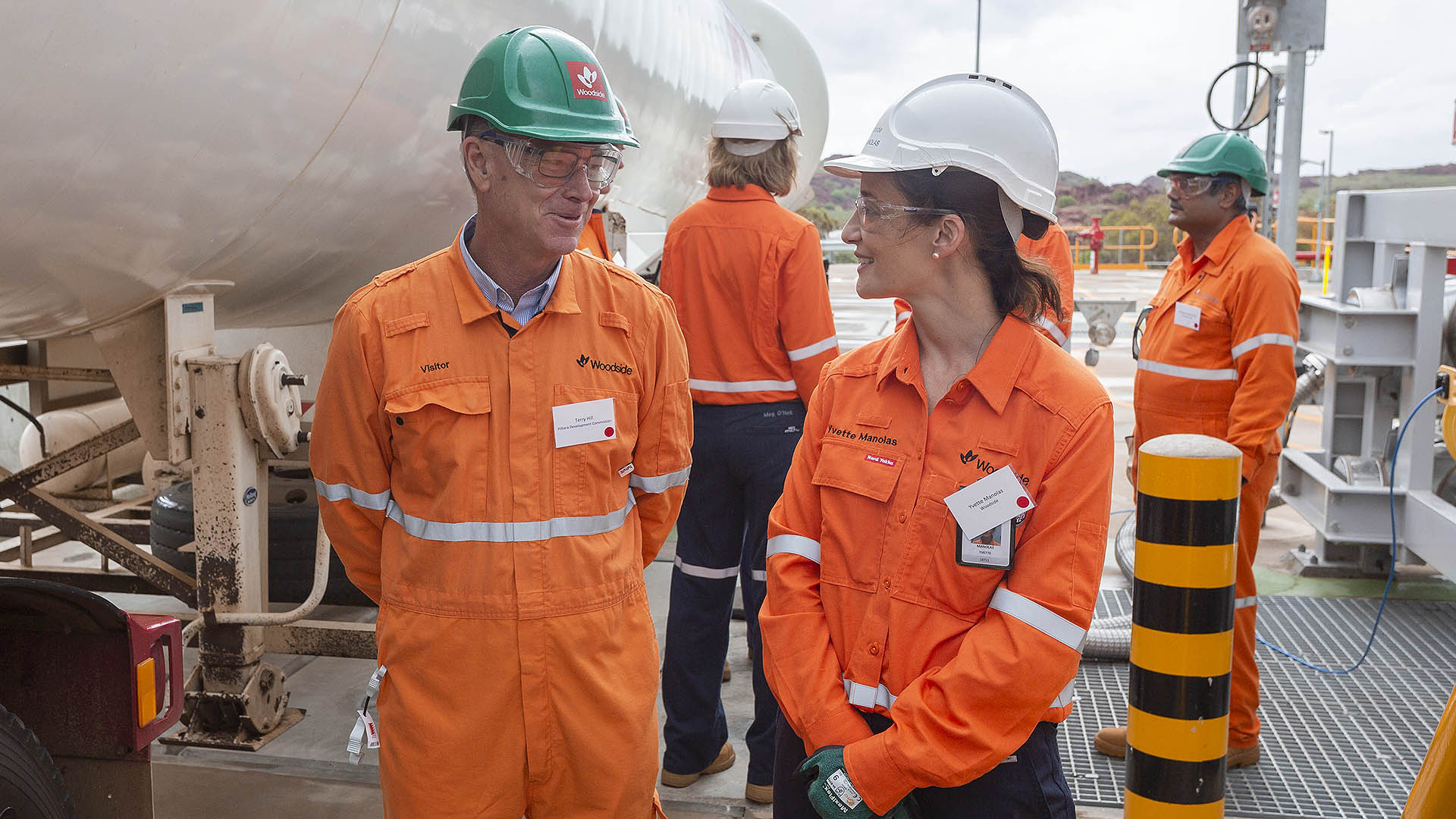 When Yvette Manolas finished high school in Perth, her family and friends were expecting her to study medicine at university.

Her dad was a pharmacist. Many family friends worked in medical professions. She had the type of grades that would get her admission into medicine.

In fact, the only person who wasn’t looking towards medicine was Manolas herself.

“All I knew is that I wanted to do something involving maths – because I really liked maths – and that I was also into art.

“The closest thing I could think of was architecture. Now, architecture is a fine career but it didn’t have enough maths in it for me.

“And then the opportunity came up to attend an engineering science summer school in New South Wales and I thought it sounded interesting because it had the word ‘science’ in it.

“I didn’t really know what engineering was…other than knowing civil engineering maybe had something to do with roads.

“I applied [to the summer school] and my school supported me…and I mainly applied because I thought a week away at the start of year 12 would be a really good experience.

“And when I was there, it just opened my eyes. I found out what engineering was. I knew that I had found my calling…the perfect balance of maths and creativity.”

A little more than 20 years later and that perfect balance has led to a long and varied career at Woodside, which Manolas joined as an engineering graduate out of UWA (where she also studied commerce).

Along the way she has worked as a petroleum engineer, in financial management roles, in corporate affairs, been seconded to Shell, become a global explosives expert and led Woodside’s Pluto LNG operations near Karratha.

In October, she commenced in her new role as General Manager Climate Solutions, leading Woodside’s Climate Solutions team, which is responsible for ensuring Woodside meets its operational emissions targets, forecasts them accurately and manages climate-related risks. This is a key leadership position, influencing, engaging and informing stakeholders within the organisation on the important topic of climate.

But before all that came another significant career fork in the road.

“I was studying engineering…and I had actually decided I wanted to be an aerospace engineer and work for NASA,” she explained.

“I was inspired by the types of problems they had to solve, including the passion, problem solving ability and creativity demonstrated.

“We actually had some people who had been working in the resources industry come in and speak to us at university about their careers. And they had some females who spoke to us about it.

“And it just sounded so exciting. You had so many opportunities, and you could travel the world and try lots of new things.

“I hadn’t really considered a career in oil and gas up until that point. But the females who spoke to us were so positive about the experience.

“After I heard them speak about their experiences, I decided to apply for a thesis scholarship at Woodside and absolutely loved it.

“I went from not considering a career in the resources industry because I thought it was quite a macho [sector] and a potentially difficult career for a female, to thinking ‘this is where I want to be’.

“So just by chance, here I am loving every minute of it.”

It hasn’t entirely been plain sailing since. In the early days of her career she was often the only female on rigs which had been designed with a male workforce in mind. Manolas also believes there have been times when she has had to work harder to establish her credentials and expertise in the minds of others because of her gender.

See also  Sisters aren't just doing it for themselves

She developed a software package that changed the global perforating industry (downhole shape charges to help get hydrocarbons out of reservoir rock) and resulted in her being the recipient of a number of Australian and Western Australian awards.

But she also feels perceptions are changing and that many prejudices have been worn away over the past two decades.

“That’s due to the efforts of so many men and women who act as advocates for females and a whole lot of women who talk about their experiences and are happy to share those with others,” Manolas said.

“Equality is improving. We more commonly talk now about diversity and inclusion, and flexible and part-time work is more often spoken about. Both of these are really important enablers to help women come back into the workforce and be able to participate.

“I definitely see it improving and I hope that by sharing my story I can help that improvement for the future.”

Manolas encourages other women thinking about entering mining and resources to look for role models and learn from women who already have experience in the sector.

She says they should also open their minds to the wide range of opportunities on offer.

“Working in the resources industry is certainly not what I thought it was going to be,” Manolas said.

“And there’s lots of ways that you can learn and try new things. So I’d say to them ‘if it’s something that you think you might be interested in, you should do some research, talk to people about it and get more information, because it’s probably not what you’re expecting, it’s going to be so much more.’

“There are just so many experiences you can gain in the resources industry that you don’t get the opportunity to do elsewhere.”

Manolas’ most recent past position at Pluto would be one of those. In this position, she led a team of 300 people on a daily basis (up to 1000 times at peak periods).

“Sometimes it can be a bit daunting – but I love my job,” she said.

“The people I work with are absolutely amazing and the best days are the ones where the impossible becomes possible, due to the efforts of the team.

Although she is just starting out in her new role as General Manager Climate Solutions, one thing she is sure of, is that it will be challenging and exciting.

“At Woodside, we acknowledge the science of climate change and are acting to reduce our emissions towards clear targets. It’s my job to help make sure we achieve these targets,” she said.

“This is a big responsibility but one I’m embracing as it is vital to our company’s future.”

“It’s been a really exciting career and journey. Obviously it’s a lot of responsibility and sometimes that’s difficult to balance – I’ve got two young boys, one who is six and another who is eight.

“But it’s something I’m really passionate about, showing others that anything is achievable.”