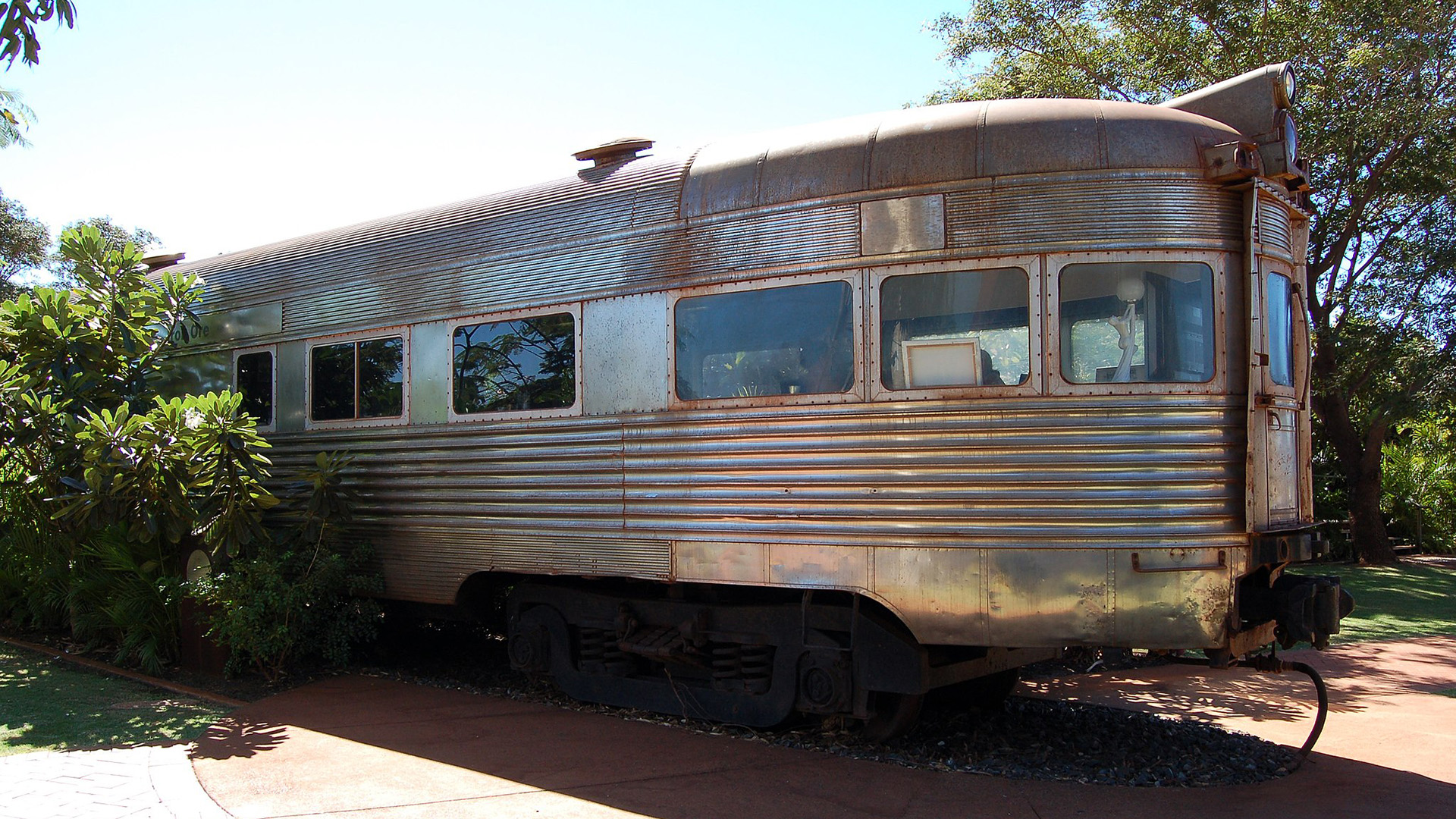 Patrik Mellberg has more reason than most to have a strong attachment to the train carriage known as the Silver Star.

“For me the Silver Star is about fond memories of growing up in the Pilbara and growing up in Newman,” Mellberg, a Pilbara-based Principal of Corporate Affairs for BHP, reflected.

“I don’t remember doing it but the coach said I tried to open the door while we were moving.

“They said ‘get back to bed’ and I went back to bed and don’t have any recollection of it at all.

“It was always an adventure, rolling out the sleeping bag in the lounge section and travelling the line and just having fun as a swim group.”

Back in those days, the Silver Star ran between Newman and Port Hedland, ferrying local sporting clubs to events, carrying families of BHP workers on shopping expeditions and transporting apprentices travelling to technical college.

These days it sits stationary but still resplendent next to the Court Gallery in Port Hedland’s west end, enjoying a new life as an eatery that has been described in Lonely Planet as “possibly the coolest café in the Pilbara.”

How the Silver Star came to be in the Pilbara and transformed into a café is quite the story – and one that starts in the midwest of the US in the late 1930s.

Constructed by the Budd Company as a “diner-parlour and observation car”, the Silver Star combined with the Silver Leaf and Silver Eagle (two passenger cars) and the Silver Charger (a power car) to make up the General Pershing Zephyr. The General Pershing Zephyr’s maiden journey was between St Louis and Kansas City, and after the US entered the Second World War its individual cars went on to be used in a variety of other passenger trains.

The Silver Star remained in this role until the late 1960s but in 1974 it was gifted by the American company AMAX to its joint venture partner Mt Newman Mining Co (later to became part of BHP) in celebration of the 100 millionth tonne of iron ore to be transported by rail from Newman to Port Hedland. Renamed the Sundowner because the time of day at which it usually travelled, the carriage became a regular sight from 1975 along the railway between the two towns.

“Back then it was a cheap, easy and comfortable option for carrying passengers – at the time a lot of the roads between towns were still dirt,” Mellberg explained.

“After it was eventually decommissioned as a passenger car, it became sort of a VIP experience, taking important visitors on a loop around our rail networks.

“They would do exclusive fine dining events for VIPs on board when we had joint ventures partners and government visits, or other major guests.”

By 2010, however, the Silver Star was at a cross-roads of sorts, parked at an unused section of railway on Finucane Island off Port Hedland and in need of a new beginning.

One early idea was to donate it to a museum but Mellberg thought there was another option that fitted better with the carriage’s proud history.

“I really thought we could do something quite spectacular with it in town,” Mellberg said.

“Our general manager asked for a proposal and we worked with [Perth place activation specialists] FORM to develop something that would see it put on the current site, have decking installed around and it was transformedinto a café.

“There were a couple of examples of train carriages being turned into cafes in other locations and we really liked that idea.

“For us [BHP] it was another chance to invest in the west end of Port Hedland and try to activate that area with more options for people visiting.

“The project became a partnership with FORM and also the council to turn that area into a bit of a precinct or hub for activities.”

After a major renovation, the Silver Star was transported to its current location, where it was officially declared open by then WA Premier Colin Barnett in 2010.

BHP has also grassed the area around the cafe, and upgraded and re-purposed an existing heritage building on the site – initially as a small business incubator and more recently as The Bungalow On Edgar, which hosts small businesses looking to make the step from home-based retail to a shopfront.

Mellberg said the Silver Star was beloved by locals and visitors alike, with a wide range of breakfast options and everything from cheeseburgers to delicious salads on the menu.

“It’s a great place just to go and have a coffee and, if it’s the right time of the morning, a piece of cake,” he said.

“The lunch is also good and there’s a prawn dish that’s well worth having.

“It’s definitely promoted as a point of interest for tourists who come to town and the visitors centre backs on to it, so the Silver Star is nice and visible.

“It captures quite a lot of tourist traffic but it’s also a good destination for town-based visitors.

See also  From Perth to Laverton...with a difference

“I think most people in town feel it’s something a bit different and a bit fun and they’ve certainly enjoyed dining and having coffees there and being more active in that little precinct.”

Some fun facts about the Silver Star