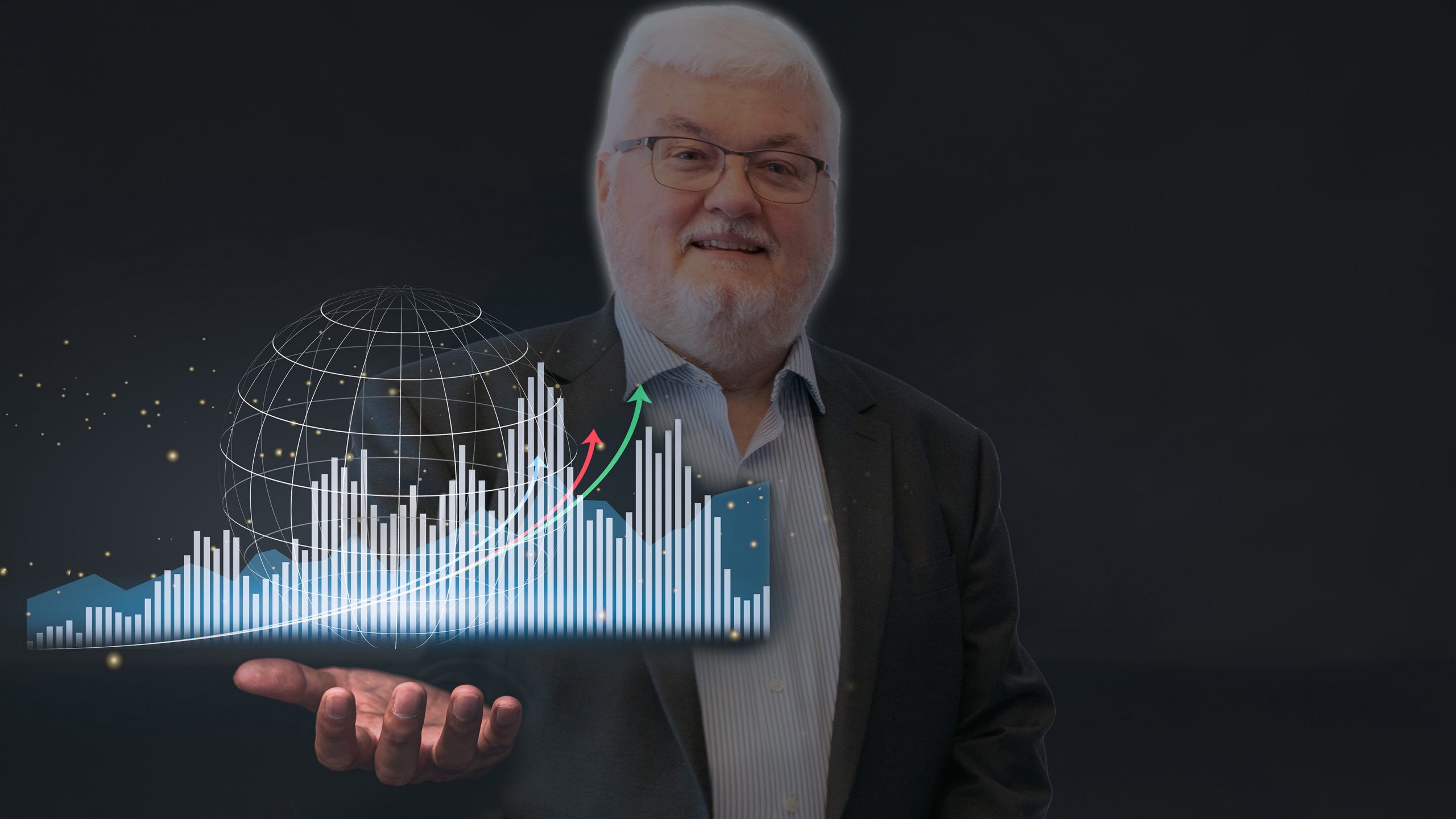 Right from the very start of his career, Stephen Brown knew he was going to be involved with the cutting edge of technology.

“I started off at General Motors Holden in production machinery – and we put the first industrial robots into the Australian car plant,” Brown reflected.

“A car manufacturer was a very interesting place to get a grounding because there was just about every type of manufacturing process involved in building a car. You could see what the robotics were going to do.

“And then I moved into the defence industry and that was also really interesting. I realised it was all about doing something at the edge.”

At the edge, is very much where Brown views RemSense, the Perth-based company which listed on the ASX late last year and of which he is managing director and CEO.

The “edge of what?” is a slightly more complex question because RemSense aims to be a significant player in the “the industrial metaverse.”

Unless you’ve been living a totally monastic existence devoid of connectivity, you’ll likely have heard of the metaverse – Microsoft and Disney are among the many high-profile companies seeking mastery of it, and Facebook even changed the name of its parent company to reflect its ambitions in that space.

But what does it actually mean, particularly in an industrial sense?

“Essentially it’s the ability to interact with a digital environment,” Brown said.

“So from a Facebook or a Disney point of view, they’re creating these fantasy worlds that you can embroil yourself in. Where they are heading it’s really an entertainment experience – for instance, you can be in a movie, watching things happen as they happen.

“From an industrial point of view, we’re obviously not interested in that fantasy world stuff. But the metaverse means that you can be thousands of kilometres away from a particular piece of equipment or a particular plant and see it as it actually is in that real world environment.

“It will help companies move towards much more geographical diversified operations because you can literally be anywhere, any time through the metaverse and understand what you’re dealing with.

“That’s some way off but it’s what people are working on and it will happen.”

Somewhat ironically, Brown admits RemSense hadn’t really realised it was becoming a player in the metaverse until somebody else pointed it out.

But a quick recap of RemSense’s ongoing relationship with Woodside and subsequent creation of a technology known as Virtual Plant makes it clear why the metaverse is a natural fit for the company.

“Woodside wanted to enable anyone in their organisation on any device at any time to be able to understand what their assets were and what they looked like,” Brown explained.

“They were spending a lot of money sending people travelling all over the place to do that and had been to market a couple of times seeking an alternative solution but couldn’t find one that worked.

“So they came to us with a challenge. And what we ended up doing was creating a digital twin of offshore facilities like North Rankin A, North Rankin B and Goodwyn A [gas platforms], and also part of the Karratha gas plant.

“The model we’ve applied at Woodside is essentially a very, very high-resolution photographic environment.  We use special cameras and sensors that take a lot of 360-degree views at those high resolutions and then those images are stitched together in the cloud to form a 360-degree look around view. In turn each of those views is linked together.

“The end result is you can ‘move around’ the environment or facility, you can zoom in and out and read equipment ID numbers and cable numbers and signs. And you can do that on your mobile phone, on a desktop computer or with VR goggles.

“It started off as a training tool, for students who were being prepared to be offshore oil and gas operators but actually sending them offshore wasn’t an option because there weren’t enough beds.

“Since then,  we’ve further developed the product to the stage where it has the capability to operate like a full digital twin – and that’s Virtual Plant.

“That means being able to bring live data into the environment through IoT sensors and link it with other systems and databases to bring information through.”

Brown says Virtual Plant is easy to navigate but people introduced to it for the first time using VR goggles are invariably “freaked out” by the feeling of suddenly being transported to a far-flung place.

The potential benefits are obvious for operators in fields such as oil and gas, mining, telecommunications or shipping, where multiple assets and operations might exist in remote and hard-to-access locations.

For Brown, taking RemSense public and getting Virtual Plant to market mark the latest significant milestones in a journey that began with a business named Altitude Imaging in 2013.

“There are so many issues around weather and other variables that make it difficult to plan work. And it’s very difficult to get a position, even though we had fantastically good customers.

“Nobody seems to really make any money out of the drone business.

“So I recognised the opportunity to transition into more of an engineering technology business.”

Or a metaverse business, as things have turned out.