The Pilbara – beautiful one moment, apocalyptic skies the next 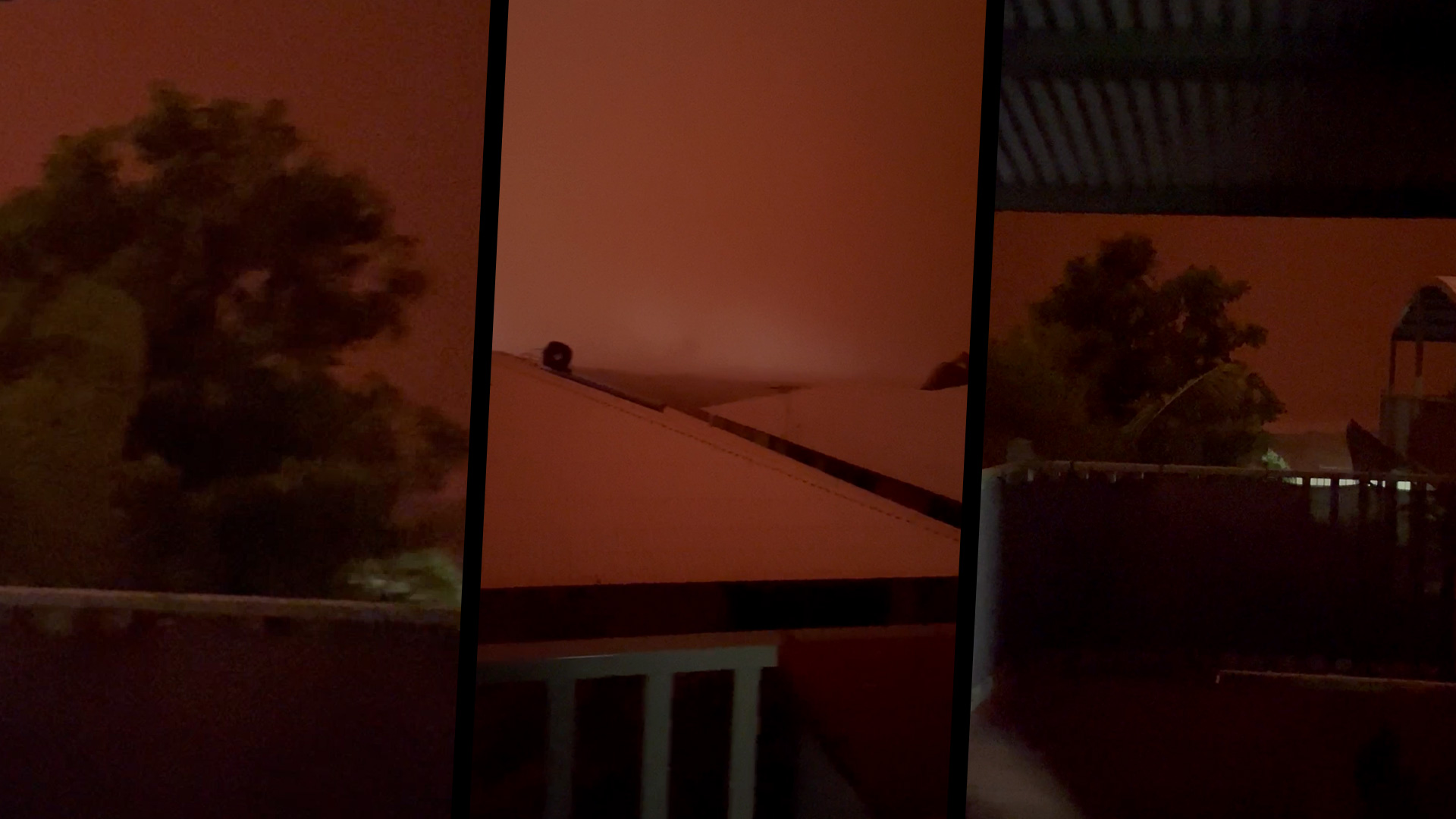 Pilbara towns and mine sites are used to expecting the unexpected during wet season – but the past few weeks have been particularly fruitful for storm chasers and weather watchers.

As proven by the photo montage at the top of this story, captured recently in Port Hedland, perfectly clear skies can very quickly give way to apocalyptic ones with little warning…in this case in space of the few minutes it took to drive around to a friend’s place in the early evening.

Convection-related storms are common at this time of year in the Pilbara but a couple of recent low-pressure systems – named 17U and 19U – have resulted in some impressive dumps of rain more common in the tropics of the Kimberley.

Neither system developed into a cyclone and each stayed a good distance off the coast, but both fed in a healthy amount of moisture which ended up well inland.

In Marble Bar, for instance, which averages 358mm of rain each year, a total of 280.4mm of rain has arrived so far in February. More than 278mm of that arrived between February 6 and February 13, including 100.4mm on February 8, amid a deluge that also swept through FMG’s Cloudbreak mine to the south:

Elsewhere, Paraburdoo has copped 122.4mm of rain since February 8, including 68.6mm on February 13. The average yearly rainfall for the town is a little more than 271mm.

Similarly, Port Hedland has recorded 164.8mm so far in February, more than half its annual average of 317.7mm. The 130mm that fell on February 7 and 8 wasn’t far off a couple of an average months’ worth of wet season rain.

In Karratha, 19.8mm of rain was registered from February 8-10 – a statistically small figure compared to other Pilbara towns but one that certainly didn’t go unnoticed by locals. Between Jun 23 of last year and February 8, only 1.8mm in total had fallen in Karratha, including four months where there wasn’t any rain recorded at all.

Meanwhile, Tom Price doesn’t have an official weather station but fair to say it also copped its share of the recent rainfall, as the following footage demonstrates:

The last time Pilbara weather was in the headlines was back on January 13, when Roebourne Airport, Mardie and Onslow Airport all recorded temperatures above 50 degrees. It took the number of 50-degree days in Australian history to six and Onslow Airport’s 50.7 degrees equalled the national record.

A month later and the series of storms that have swept through have proved that when it rains, it really does pour – with incredible dust storms and stunning lightning strikes all part of the package.