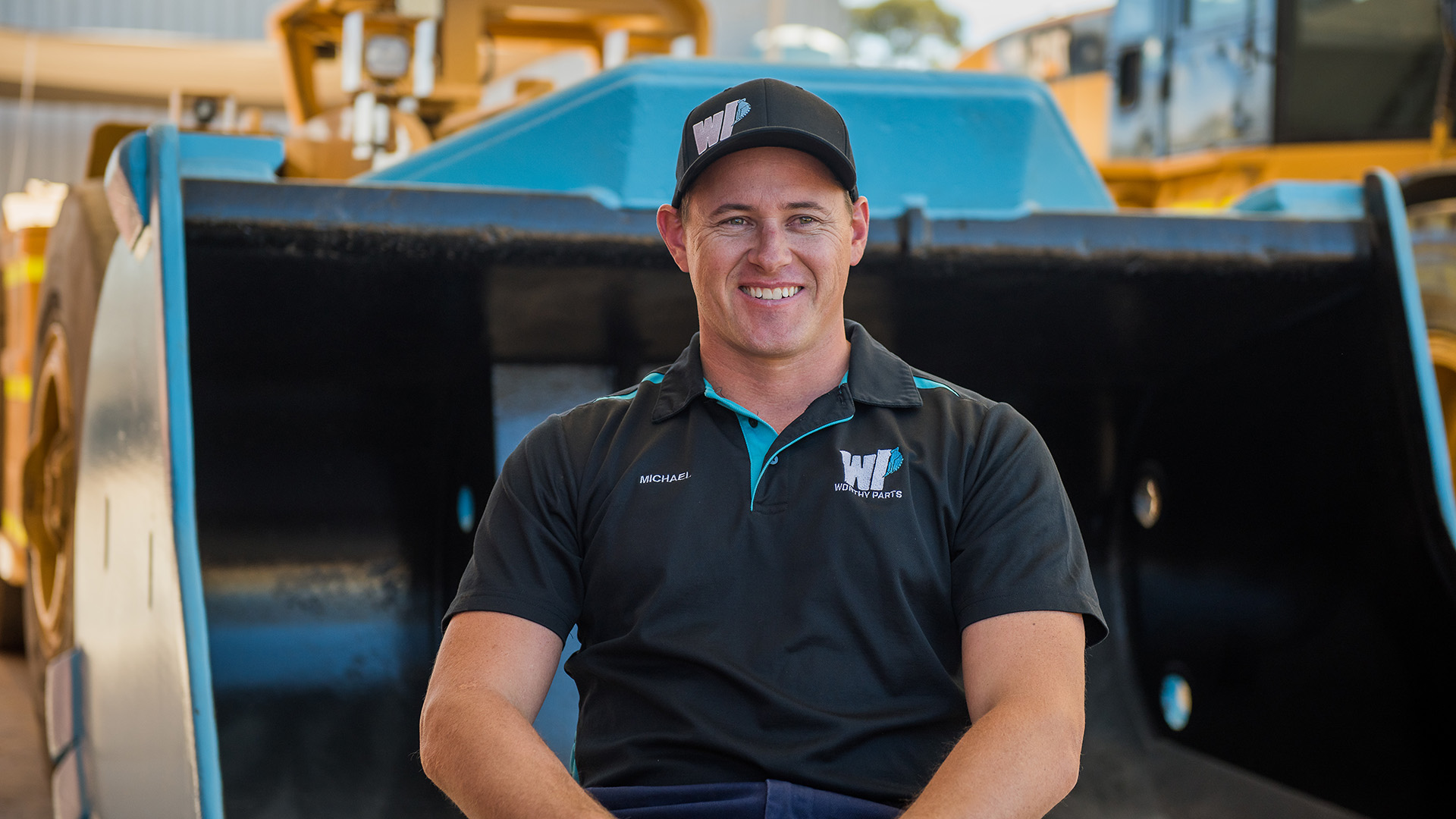 When Michael Worthington first started thinking about leaving Eastern Goldfields Senior High School during Year 10, he had no real idea of what he might do.

“Dad had put the hard word on me and said ‘you’re not enjoying school, what do you want to do’?” Worthington recalled.

“I didn’t know. To be honest, at that stage I think I wanted to go work at Ron’s Sport and Leisure or Sports Power or something like that.”

The sports leaning is understandable, given Worthington would find his way into the WA Country Colts cricket team as a left arm pace bowler and was also a promising footballer. Even at the age of 36, he’s still turning the arm over for Lake View Cricket Club in the Eastern Goldfields Cricket Association and was recent appointed coach of Kalgoorlie, reigning premiers in the Goldfields Football League.

But back in 1999, Worthington’s father Phil suggested his son should have a bit more of a think about what he might look to do beyond sport.

The result was 30 or 40 application letters to a variety of local companies – “I didn’t know what I was applying for half the time…I just wanted a job” – that eventually netted a fitter machinist apprenticeship at what was then known as JR Engineering.

Barely 15 years old at the time, Worthington couldn’t possibly have known that he was taking the first step towards establishing a business of his own in the Goldfields that would grow to employ more than 80 people.

Naturally, there have been a few detours along the way. Worthington had a six-month stint playing cricket in the UK, lived in Perth for a period, moved more towards the mechanical fitting side of things, ran a small vehicle hire businesses as a side-hustle and even started building an ice cream and coffee truck (something he’s still threatening to finish!).

But a little more than eight years ago he landed on the idea for a company named Worthy Parts – and it’s been pretty much all systems go since then.

Operating under the tagline “find the parts you need, sell the parts you don’t”, Worthy Parts provides a platform for businesses to dispose of and also source surplus parts, components and machinery from across the mining sector.

“I was working at Force Equipment at the time and I could see the money that got wasted on certain jobs,” Worthington explained.

“That was either through those jobs falling through or people ordering the wrong bits and pieces.

“Generally what would happen is that people might order the wrong things and not tell me about it and go hide it in the back of the storeroom once it arrived.

“After a while you’d have a clean up and realise there was thousands of dollars of stuff that was sitting around and which you couldn’t credit back.

“And I couldn’t help but think ‘surely there’s someone around that wants to buys this’ and, while we didn’t want to sell it for what it was worth, we just wanted to get a little bit of our money back and not have to throw it in the bin’.

“So I started thinking about whether I could set up a mining platform, where a corporate company could have a business trading entity with a platform where people would sell redundant stock.”

After nine months of running Worthy Parts in his spare time – with the approval of Force Equipment – Worthington decided to make it a full-time venture in early 2014.

He is the first to admit some of his business management techniques probably aren’t straight out of the textbook.

He knows, for instance, that he sometimes gets carried away with a concept and has been guilty of breaking out “the marching band” about new services or offerings before they are market-ready.

He’s employed a number of family and friends, including Phil (General Manager) and brother Scott (Perth Area Manager) and acknowledges there can be challenges that go with that. On the flip side, it’s hard to avoid in a town the size of Kalgoorlie-Boulder and he knows that they “bleed” for both him and “the logo.”

He also raised a number of eyebrows when the first full-time Worthy Part employee he appointed other than himself was in a marketing role.

“Quite a few people frowned upon that because what was I actually marketing? It was just myself and this platform,” he said.

“But it was the best thing I ever did. We scaled pretty quickly from there and I was able to fill other roles and other positions because we were already out there in the wide world and showing off our products and services to a wider audience.

“When we launched was also during a bit of a mining downturn and everyone said it maybe wasn’t the brightest time to be starting a business.

“As it turned out it was probably the best time to start a business because people just wanted to sell redundant stock and get it off their books.”

Worthy Parts has diversified significantly from its earliest iteration, which was largely centred around an online platform on which companies and people could promote their services and sell parts and products.

Worthington and his team soon realised Worthy Parts could be more involved in the buying and selling process itself, while the service marketing arm has been spun off into a separate entity named Industry Link Media – which, among other things, has made him the publisher of a podcast named The Crib Room.

Since the start of 2019 Worthy Parts has also added a finance component and received a WA Motor Vehicle Dealers Licence. In March 2022, the company announced it had acquired Kalgoorlie-Boulder mechanical repair business Boyes Equipment, which has a staff of 50-plus – more than doubling Worthy Parts’ capabilities and labour pool.

Similarly, much has happened for Worthington since his time as a teenage apprentice.

He married his childhood sweetheart Jaymi and the couple now have two daughters.

From a cricketing perspective, he’s largely swapped seam bowling for the more gentle art of spin.

He’s established a business that has grown to include facilities in Coolgardie and Perth and which has become internationally competitive.

And he was named Kalgoorlie-Boulder Citizen of the Year in 2020 for his Mining Legends project, which took a clapped-out underground loader, rebuilt it through pro bono contributions from local and national businesses and then sold it off to KCGM – raising nearly $1 million to benefit several local organisations and also the Miners’ Promise charity.

One thing that hasn’t changed over that period is his love for Kalgoorlie-Boulder, its people and the opportunities it has to offer.

“I’m a proud Kalgoorlie kid at the end of the day – well, actually, I’m a proud Boulder boy to be honest,” Worthington said.

“I might have ended up playing footy for and coaching Kangas and be living in Kalgoorlie but my origins are from deep Boulder.

“Kalgoorlie-Boulder for me is all about opportunity. You can do anything you want here from a business point of view if you’re willing to have a go and work at it.

“I go to the coffee van up in West Kalgoorlie every morning and it’s where I have some of my best business meetings with top-end mining people who are doing the same thing.

“You can’t always get hold of someone via email or phone but you go down and have a coffee with them in the morning on their way to work.

“I think it would be much harder to walk down St Georges Terrace in Perth and try to catch up with who you want to see and have a five-minute chat about what you’re up to.

“Here, everybody is in the one location and, I think, much more accessible.”