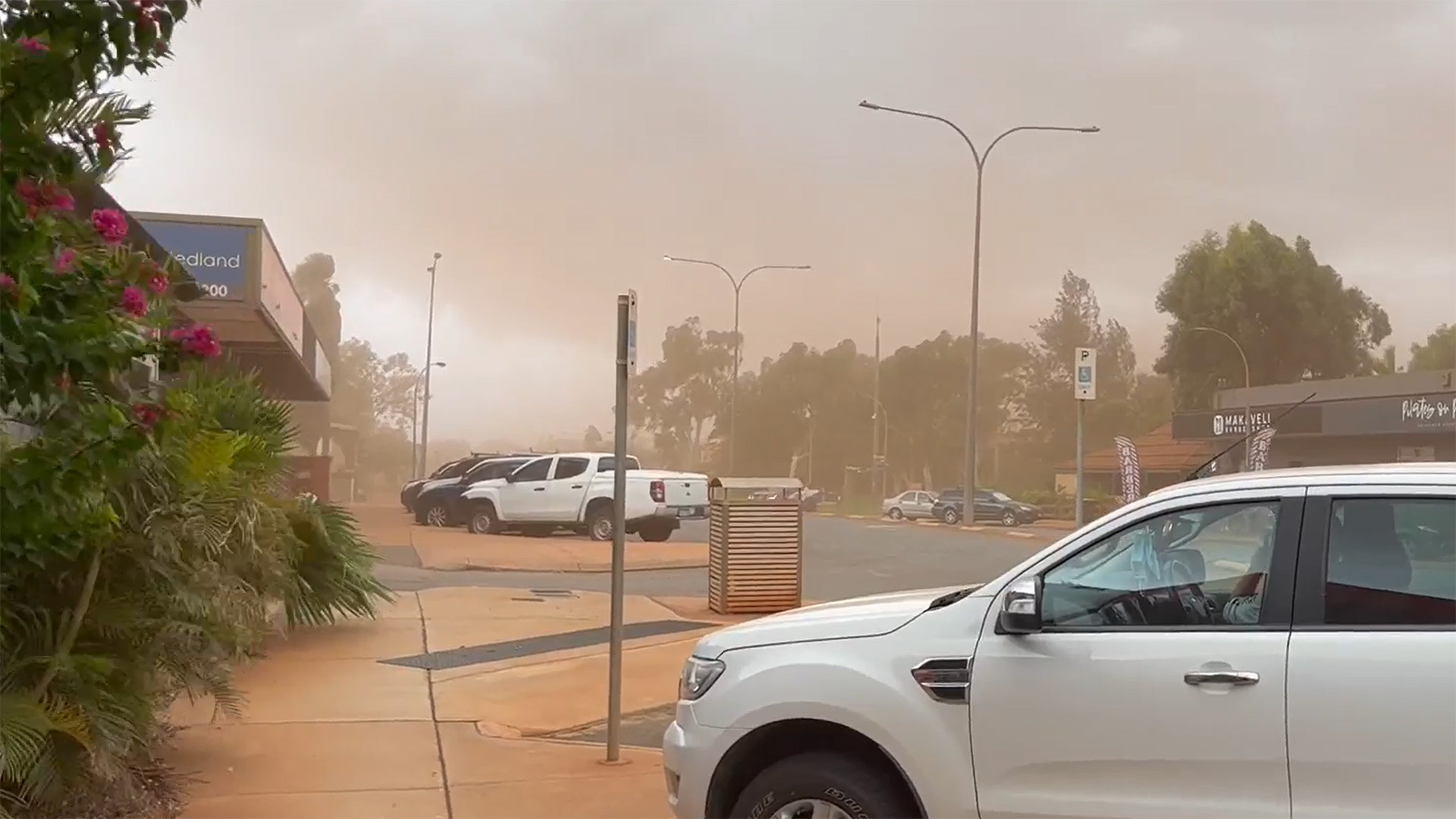 Port Hedland experienced a wild and woolly Tuesday afternoon as areas of the Pilbara remain on alert for the impact of ex-Tropical Cyclone Anika.

The former cyclone crossed the coast near Wallal on Tuesday night and although it has weakened below cyclone intensity, it is expected to deliver severe weather – such as damaging winds and heavy rainfall – to an area that includes Pardoo Roadhouse, Parnngurr, Sandfire, Shay Gap, Telfer and Walal Downs.

Port Hedland is unlikely to be greatly impacted by ex-TC Anika but residents had a bit of wild weather of their own mid-afternoon on Tuesday when a dust and rain storm swept over town.

Chamber of Minerals and Energy of WA Regional Officer Megan Brouwer was in the thick of the action during school pick-up.

“I noticed the sky just became very dark – and then that was the topic of conversation at school pick-up,” Brouwer said.

“We picked the kids up from school and thunder was starting as we were waiting for them. I got my son in the car and then had to run some errands quickly at the post office.

“You could see the storm rolling in and the sky turned orange and I thought ‘oh, it’s another dust storm, not necessarily just a thunderstorm’.

“We arrived at the post office and that’s when the dust kicked up, it was just everywhere. Even last night, I could feel the dust all over my skin.

“Driving home amongst the dust and also the wind, and by that time the rain had also settled in, it was quite hard to see.

“The wind was very powerful and a friend who was driving over the bridge towards the airport said she could feel how strong it was on her car.

“There was a little bit of a sense of ‘has that cyclone arrived?’”

It was the second unexpected dust storm for Brouwer in the space of a few weeks, with Port Hedland among a number areas of the Pilbara experiencing significant storm activity during February.

Port Hedland recorded 165mm of rain in February, which is more than half its annual average. More than 130mm arrived across February 7 and 8.

Meanwhile Marble Bar had more than 280mm of rain in February – about 78 per cent of its annual average rainfall – and Paraburdoo had 123.4mm for the month, against average yearly precipitation of 271mm.

This video shot at FMG’s Cloudbreak mine shows some of the ferocity of the recent weather.

Ex-Tropical Cyclone Anika already delivered more than 122mm of rain to Mandora Station south of Broome in the space of six hours on Wednesday.

As it continues to move inland, it is predicted to deliver falls of up to 200mm over 24 hours, with peak wind gusts of around 110km/h and the potential for flooding.

Telfer, which has average annual rainfall of only 364mm, received more than 80mmm of rain in the 24 hours up to 9am Thursday.

Anika had produced significant rainfall in the Kimberley earlier in the week.