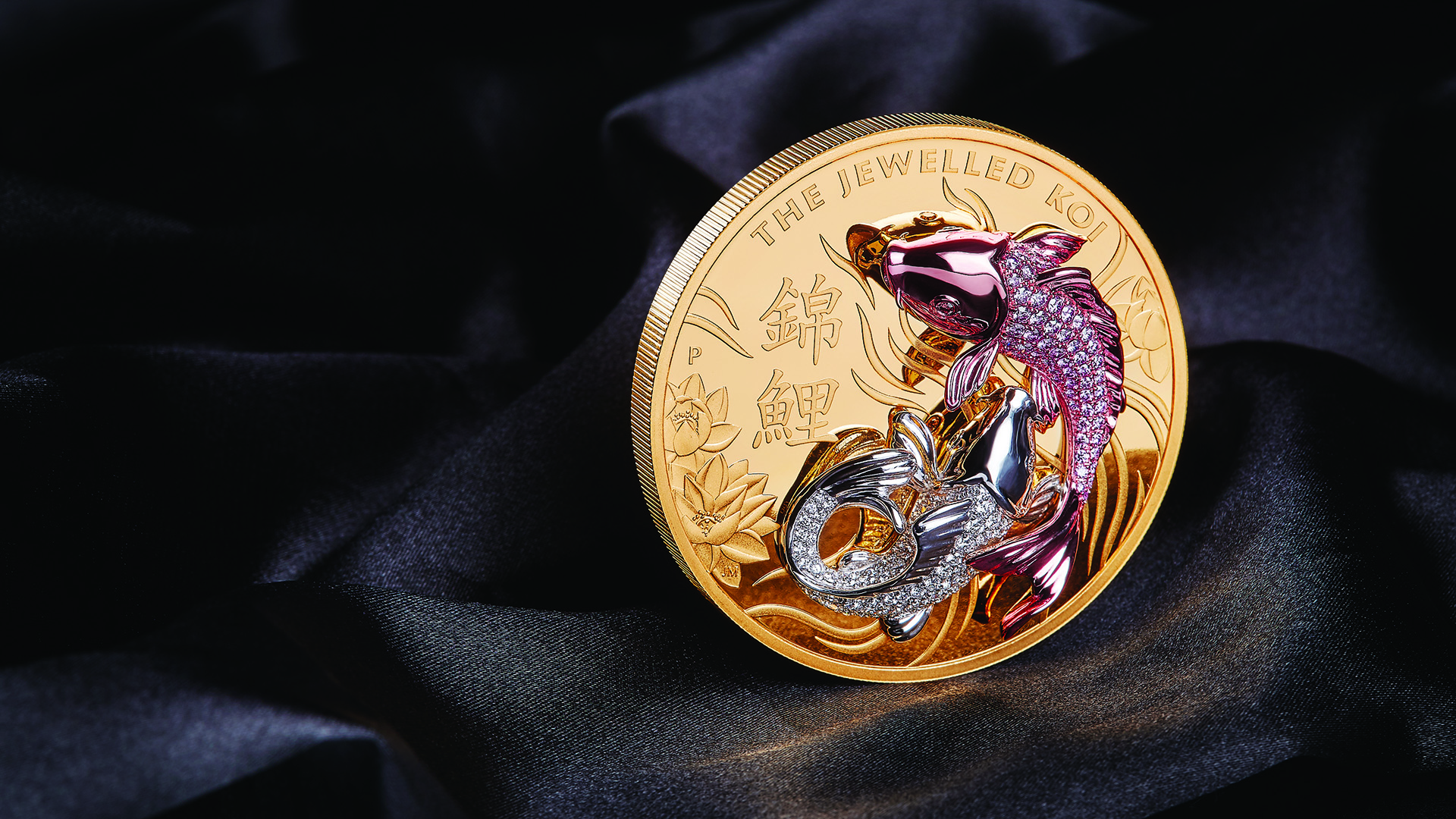 The pink diamonds may have stopped coming out of Argyle, but that doesn’t mean new uses aren’t being found for them.

Perth Mint has launched a coin that for the first time features a combination of fine white diamonds and Argyle pinks as part of a design that includes a three-dimensional koi crafted in 18-carat rose and white gold.

With only eight coins in total available, the Jewelled Koi is certainly not for the faint-hearted – the asking price is $262,800!

The Koi is the Mint’s fifth annual release in a range of diamond-studded coins, following on from the Jewelled Phoenix, Dragon, Tiger and Horse versions that have attracted global interest.

The Argyle diamond mine in the Kimberley produced more than 860 million carats of raw diamonds in 37 years of operation until its closure in November 2020.

The most vivid pink diamonds have the potential of fetching sales prices of up to $3 million per carat. At the time of Argyle’s closure, the mine’s operator Rio Tinto estimated the value of pink diamonds had increased 500 per cent over 20 years.

A rare Argyle diamond known as the Fitzpatrick Pink – technically a fancy-purplish-pink – created an Australian record price when it sold for $2.2 million in an online sale in July 2021.

Many of the Argyle pinks found homes overseas, with a final tender receiving an emotional ‘farewell’ in the world diamond capital of Antwerp.

Comprising 70 diamonds weighing 81.63 carats, the 2021 tender had a record number of diamonds offered larger than one carat. The collection was headlined by five “hero diamonds”, including Lot Number 1, Argyle Eclipse, a 3.47 carat diamond that was the largest Fancy Intense Pink diamond ever offered at the tender.