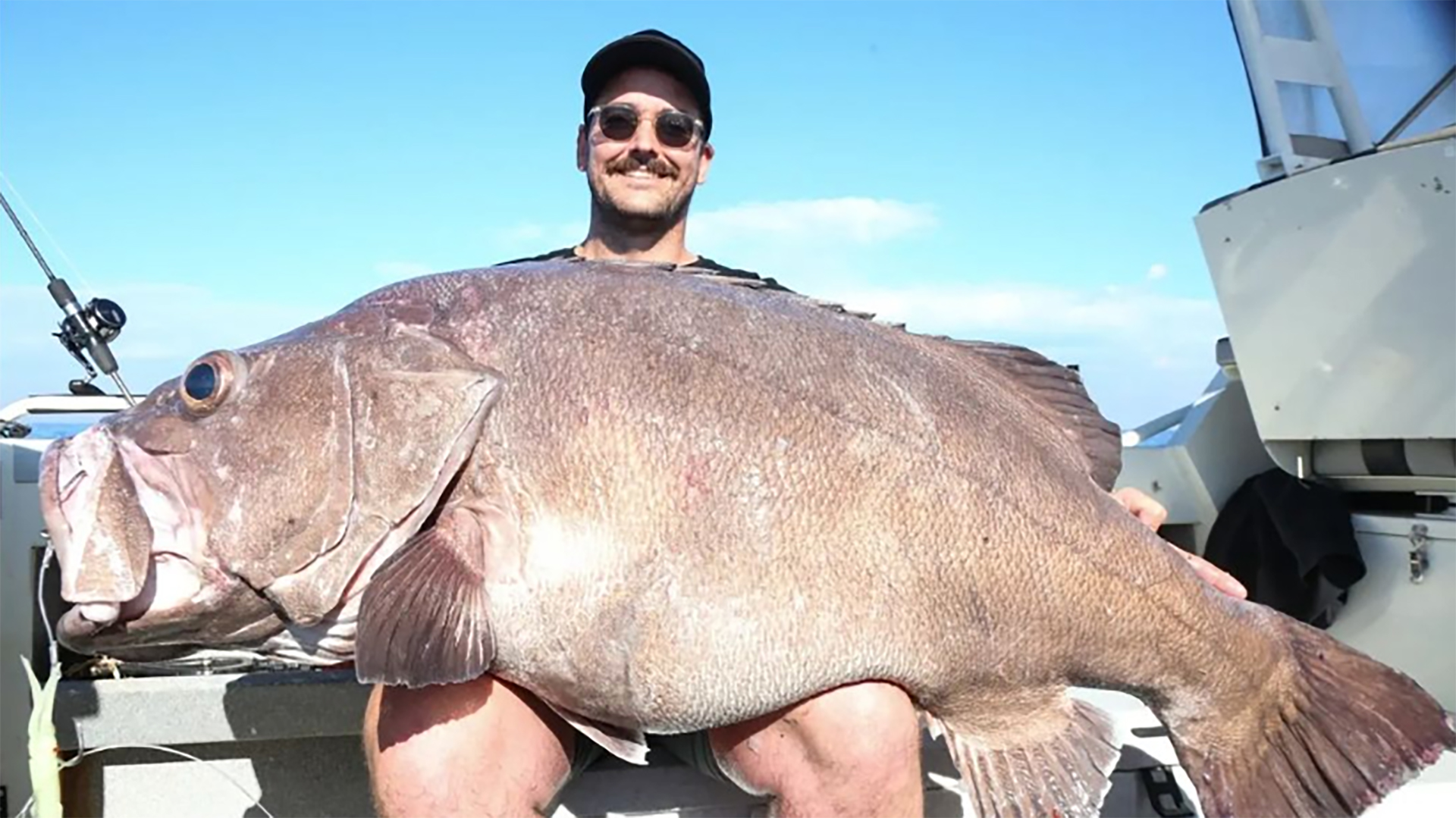 A WA mine site worker is soaking up his moment in the sun after catching a bass grouper that weighed more than 50kg.

But colleagues had reason to be thankful as well, after the portions of the recent giant catch were taken to site and shared with his colleagues.

Cameron Winsor, a Superintendent Mine Production with Rio Tinto, hauled in the huge fish off Rottnest after what he described as a 40-minute battle during which his electric reel overheated.

He told Daily Mail Australia that the entirety of the grouper went to good use.

“They are one of the few fish that still taste amazing at that size,” he said.

“Unfortunately, there is nothing you can do to release the fish as they come from over 300m and suffer barotrauma on the way up.

“The best thing you can do is make the most of the meat, which certainly we did.

“We kept all of the fish, fillets, and wings were frozen into packs and shared. I even took some up to Mesa A [mine] to share with my production crew!

“The head and carcass was given to my neighbour who loves getting the rest of the meat and boiling up the leftovers for her family.”

Aside from his Rio Tinto job, Winsor is the proprietor of Dhubite Tackle, products of which he used for his eye-watering catch.

“We went out there to test out the Dhubite snelled deep drop rigs, and we certainly proved them strong enough,” he told the Daily Mail.