From open pits and evaporation ponds to inviting countryside 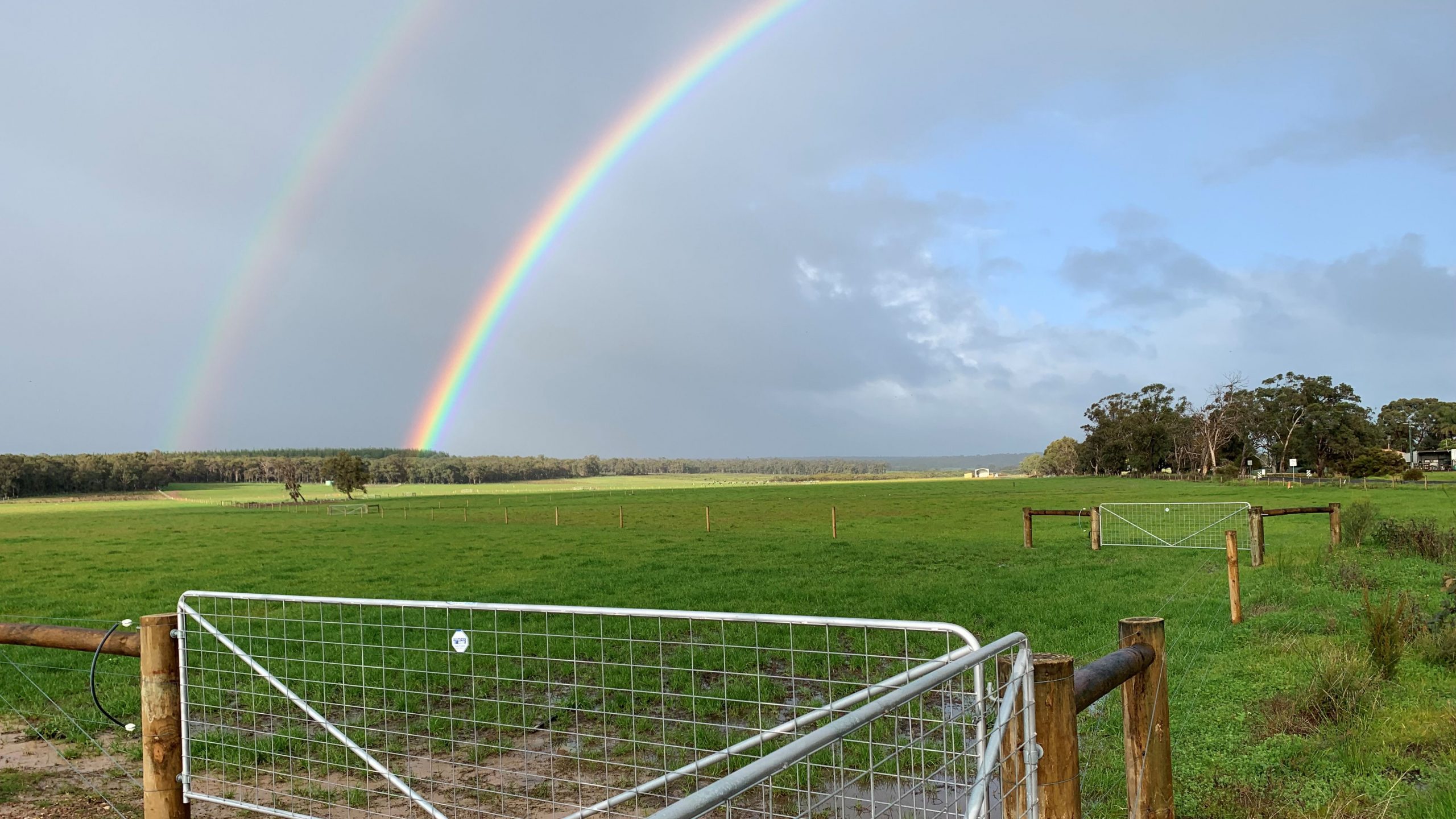 The view from a stretch of narrow road that winds its way through the heart of WA’s South West is unremarkable.

Green pasture features in the foreground with an undulating wall of native forest serving as the backdrop.

Cows graze on a trail of hay dumped by a tractor just moments earlier and a flock of black cockatoos chatter excitedly as they glide overhead towards the forest canopy.

“I started with Iluka when this was still agricultural land, so I’ve seen the processes from pre-mining, to mining to rehab and then back to farmland.

“I think it’s very satisfying to see it back to what it was before.”

Five years earlier the now unassuming parcel of land spanning 190 hectares was less at ease with its environs.

Boasting five shallow open pits, evaporation ponds, a slew of heavy machinery and a processing plant, aerial visuals of the buzzing mining hub imposed on the gentle countryside can be jarring.

Fast forward to 2022 and the rehabilitated Tutunup South Mineral Sands operation (Tutunup is located about 21km east of Busselton) is now indistinguishable from its surroundings.

That is no accident.

The process of rehabilitation has been executed with painstaking precision. Over a three-year period, Iluka’s rehabilitation team has successfully restored land disturbed by mining at Tutunup South back to agriculture and native vegetation, including a wetland. And the work is not over yet with environmental monitoring ongoing.

Restoring the landscape to its former splendour entailed more than dismantling some infrastructure and shovelling soil back into the pit voids.

It started with a pre-mining assessment in 2011.

“Flora assessments identify the vegetation complexes, and you go out and target the species from those native veg complexes.

“Seed and propagule material is collected as close to site as possible to ensure that the provenance material is maintained.

“So we’ll work out the area of each vegetation complex that needs to be re-established and collect an appropriate amount of seed to cover that area.”

With the pre-mining assessment done, the hard work started in earnest with some digging.

“First thing we do is we strip the topsoil to maintain that organic layer and then we stockpile that in separate stockpiles,” Blair says.

“Then we’ll go through and take the subsoil out and stockpile that into subsoil stockpiles.

“And then we get into the overburden – a mix of material that doesn’t have a good metals percentage in it – and pull that to one side.”

With topsoil, subsoils and overburden sorted into subsets, mining of the rich mineral sands – used to make a myriad of everyday products from cosmetics to ceramics – was almost ready to start.

But the environmental team at Iluka had a more complex challenge to overcome first.

Within the mining footprint lay an envelope of wetland featuring sensitive native vegetation not suitable for seed harvesting or propagation.

Extremely difficult plants to propagate, the team at Iluka decided against ripping up the ground and relying on being able to seed new plants when mining finished at the end of 2018.

Instead, they hatched an innovative plan to transplant the shrubbery to a nearby makeshift wetland nursery in late 2010.

That required some custom-made tools.

“The wetland was relocated with some specialist equipment we actually built and fabricated with the help of one of our local mining contractors,” Blair says.

“We built a specialised bucket for an excavator, which works like a spatula to slide under the wetland to maintain that organic layer with the roots.

“The wetland was then lifted and put into a specialised flat-bed mining truck and was transported to the northern nursery.

“There, it was gently slid – to maintain all of its organic layers – off the back of the truck and onto its temporary home.”

The temporary home was to be a more-than-a-decade-long project.

“You can imagine we’re taking a species of plant out of a wetland area where it has its feet wet for the whole year,” explains Blair.

“We’re putting it up onto a hill where the roots are no longer in that wet layer, so we’ve had to maintain that moisture in those roots for 11 years.”

The effort was worth the work with the vegetation flourishing in its new makeshift environment.

In the meantime, the ground below the wetland’s original site was carefully excavated.

“The wetland was here because the ground water was hitting deep clay layers and welling up through off the scarp,” Blair says gesturing to the wetland.

“So we’ve had to mine out ore, the overburden and the Leederville clays and then return that back to its original profile so we’re still maintaining that ground water layer to the wetland areas.”

With the wetland returned to site last year and the vegetation surrounding it blending seamlessly into the countryside, the job was not quite done.

Artificial hollows for the red-tailed and white-tailed black cockatoos that call the nearby trees home were carefully placed in the forest canopy to encourage a nesting habitat.

The area will be placed under a permanent conservation covenant and be controlled under a habitat management plan that will be assessed and reported to the environmental regulators every year.

While the nesting hollows have so far only attracted grateful possums, the cockatoos – as demonstrated by the ones that flew over on cue earlier – are evident.

“This was a pretty good project,” Blair says with a smile.

“It kicked all the goals.”