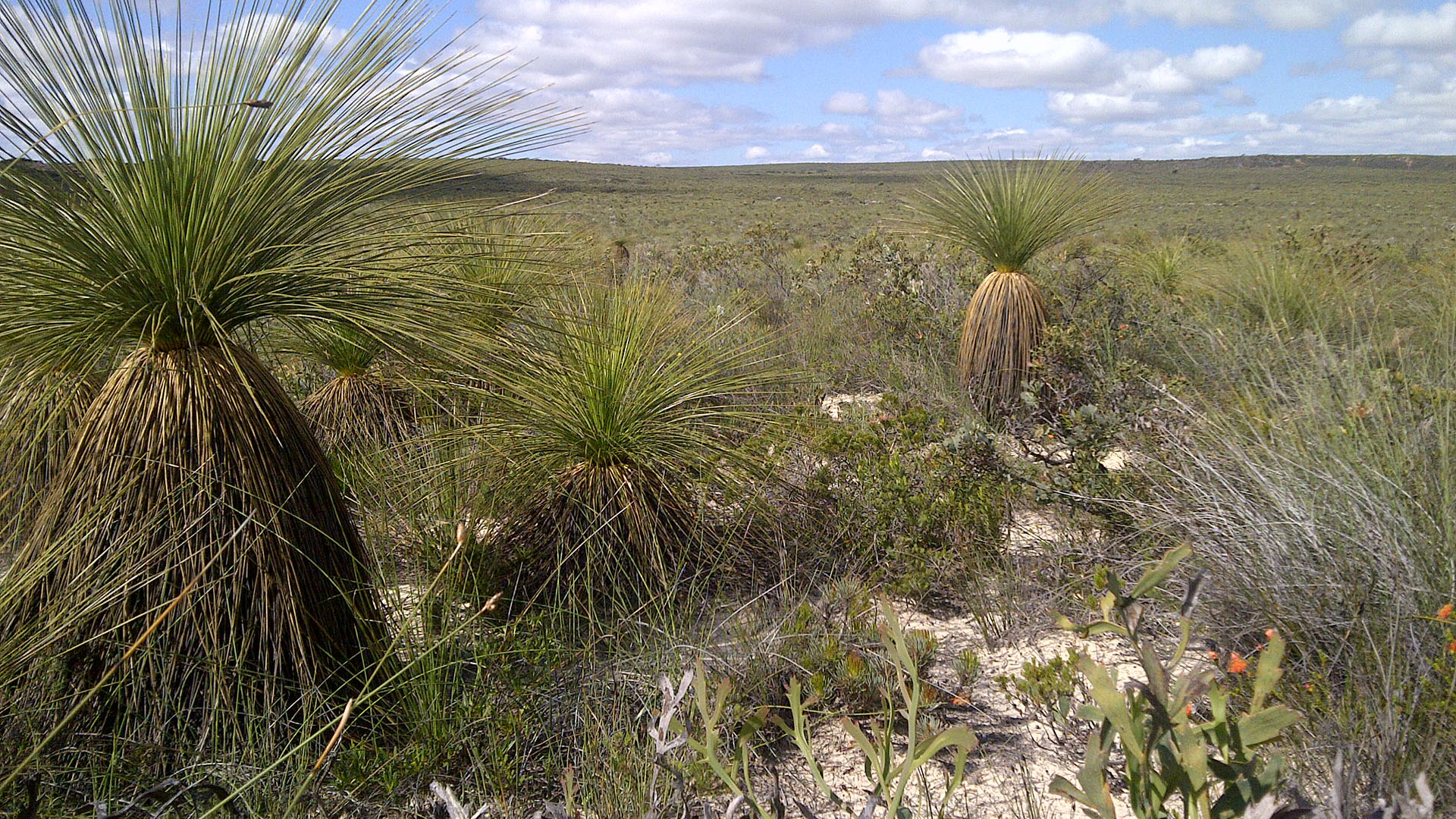 On a hot summer’s day at Eneabba in WA’s Mid West, a man stands amid waste-high scrub and declares it to be a “natural treasure.”

This isn’t just any man, mind you – he is Professor Ladislav “Laco” Mucina, a world-renowned botanist and Iluka Chair of Vegetation Science and Biogeography at Harry Butler Institute of the Perth’s Murdoch University.

And this most certainly isn’t any ordinary scrub. Rather it’s one of the Western Australian wonders – Kwongan, where first-glance looks certainly disguise the quite amazing diversity and hardy nature of the natural vegetation.

“It looks flat, it looks dull. It is indeed a scrub but it’s a very special scrub – one of the most precious in the world,” Mucina explained.

“The local people call it Kwongan, which in Noongar language means ‘sand plain’. All this vegetation is growing on sand. It might not look very inviting but for a biologist it’s a treasure.

“Let me put it into another perspective, in an area of 30 by 80 kilometres – which would be the tenement here of Iluka with its surroundings – you will have 1200 species, which is almost as much as the whole United Kingdom has.

See also  You've probably never seen a mine like this before

“It’s a hot spot, with so many species packed in the one place.”

The names of the plant families which make up the Kwongan – including Proteaceae, Myrtaceae and Fabaceae – might be unfamiliar to non-biologists. But many West Australians will have marvelled at the spectacular wildflower blooms they produce through the Midwest in late winter and spring.

However, it’s the Kwongan’s ability to survive and thrive in far more testing conditions that makes it truly special, according to Mucina.

Eneabba is frequently one of the hottest and driest parts of WA, with temperatures regularly topping 40 degrees in summer, average rainfall from December to February less than 30 mm in total and winds that frequently whip through in the 30-40 km per range.

“We are looking at a hot spot not only in the number of species but also the number of strategies for how these species cope with the adversities of the environment,” Mucina said.

“The soil is very nutrient-poor and there is a lack of water. Growing in this environment you have to be tough, and you have to find a way to mine – yes, plants also mine – micro-elements or macro-elements from that soil.

“Phosphorous is a very important element, every living thing needs it to create ATP [adenosine triphosphate] which is the molecule participating in metabolic energy exchange.

“Some of the plants are using very fine roots, like a banksia. They are actually chemically mining, so they exude chemicals which help them get the phosphorous out of the soil.

See also  Giant diamond discovery 'one of the biggest ever mined'

“Others are using microbial life. Verticordia, which is the same family as eucalyptus, has mycorrhiza [a fungal partner] that helps it get water and nutrients.

“These kinds of relationships are very important here. In a study where we worked with a global team, looking at the relationship between standing vegetation and microbial life, we found the Kwongan had the highest functional diversity in the world.

“So these plants have the most diverse ways of feeding themselves, that you can’t find anywhere else in the world.”

Eneabba is also the location of world-class rehabilitation work on Kwongan.

For several decades from the mid-1970s, the site was a rich source of minerals sands that are frequently used in our everyday lives – namely ilmenite, zircon, and rutile.

The strip-mining technique used at Eneabba involved removing vegetation and also the top layer of soil to gain access to the mineral sands beneath.

It also leaves behind a landscape on which rehabilitation can be more easily and practically attempted than, say, a large open-cut void.

To date Iluka has rehabilitated 18 square kilometres of Kwongan at Eneabba, with that work gaining momentum over the past two years since the addition of an innovative piece of machinery known as the Flora Restorer.

Iluka’s Principal Rehabilitation Scientist Mark Dobrowolski said the company always aimed to return sites to as close to their pre-mining environment as possible.

“It’s important to get rehabilitation right scientifically because it’s got to last,” Dobrowolski said.

“We need to understand what the limitations are to reestablishing plants or controlling erosion in very different environments.

“You’re judged on your performance, so you really have to get the science right for the reputation to follow.

“In 20 years’ time, people will hopefully look across this site and just see natural Kwongan and won’t be able to see the difference between the natural vegetation and what we’ve rehabilitated.

“We aim to put back a functioning ecosystem which can self-sustain and perpetuate through life.”

Mucina says it’s impossible to perfectly replicate cleared vegetation but highly possible to reconstruct a healthy and sustainable version of Kwongan – with the right approach.

“It is possible to rehabilitate Kwongan in such a way that the system is diverse and also works sustainability on its own,” he said.

“Bringing back the vegetation using seeds, using fruits and even planting graminoids [grass-like plants] is part of the solution.

“But the best way is always to prepare the habitat to such a degree that the plants which are growing in the surroundings will find it attractive to come back.”

For Mucina, who was born in the former Czechoslovakia, moved to Austria to escape the communist regime and then spent many years living in South Africa, Australia’s native flora has a unique and enduring appeal.

“I have lived in many countries, tasted many cuisines, met many people and learned a lot of things, including something about the vegetation of the world,” he said.

“For me, this [Australia] is like a paradise. This is one of the pinnacles of my scientific life because I’m in a country which is so famous for its diversity.”