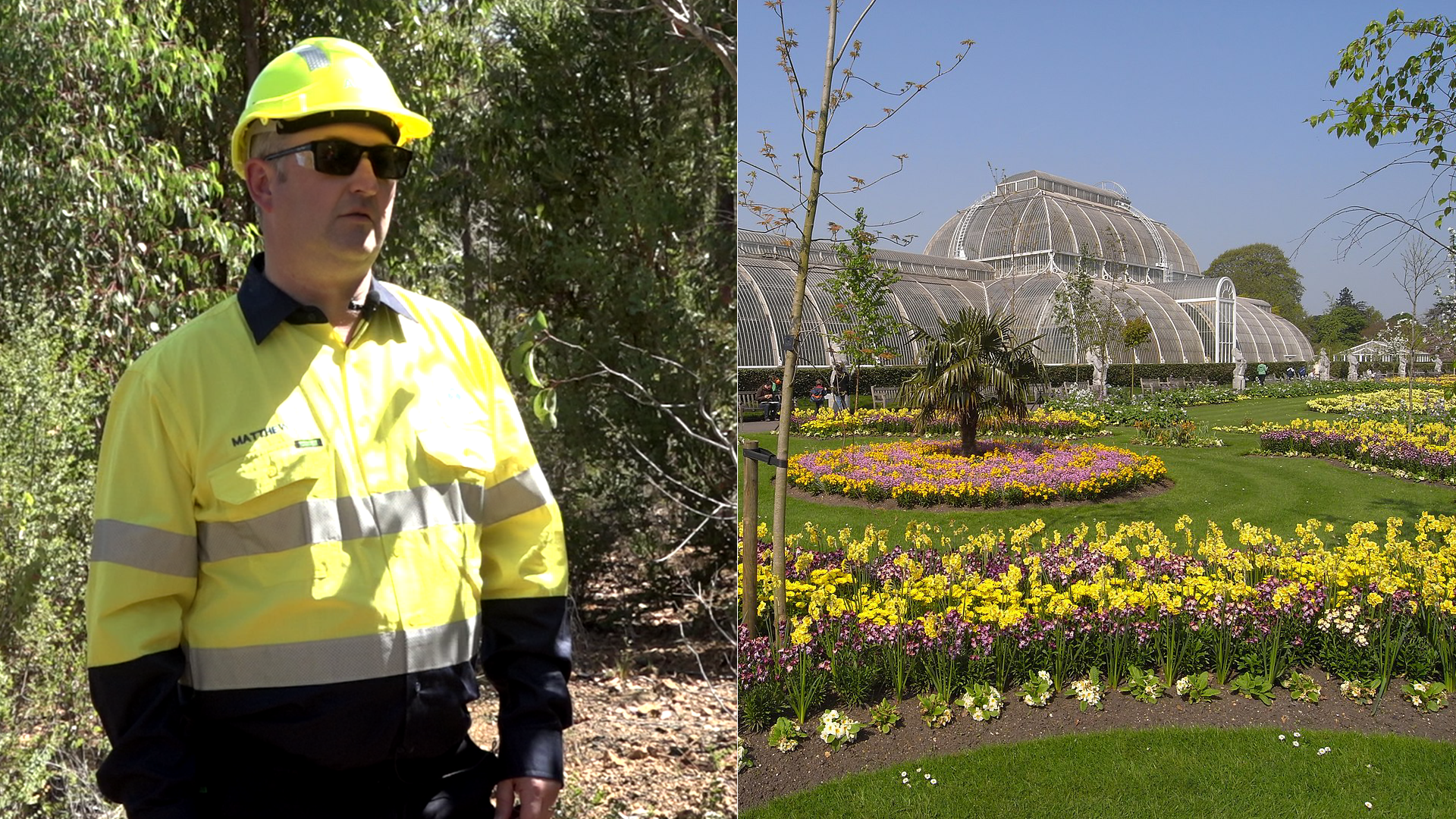 On face value, it’s tough to imagine two more contrasting environments than Kew Gardens in the UK and tropics of Darwin in Australia’s Northern Territory.

For the uninitiated, Kew Gardens lies in south-west London, where it houses one of the largest and most diverse botanical collections in the world, boasts a herbarium with more than 8.5 million preserved plant and fungal specimens, and is one of the top tourist attractions in a city that is home to 9 million people.

Darwin, on the other hand, is…well…it’s Darwin! It features many of the charms of Australia’s Top End but seems worlds away from a 121-hectare plot that once featured in a documentary entitled The Garden That Changed The World.

Yet swapping life at Kew Gardens for a new gig in the NT is exactly what Dr Matthew Daws found himself doing in 2008.

“My work for the Royal Botanic Gardens in Kew was about understanding seed biology, what seeds germinate where and what the triggers are from the environment that can cause seeds to germinate,” Daws explained.

“I suppose I took a little bit of a sideways change. I saw a job advertised with Rio Tinto in the Northern Territory. They were looking for a tropical ecologist and I jumped at the opportunity to do something new working in a challenging environment, and from there I transitioned into working on mine rehabilitation.

“The most difficult part of adapting was the weather and the climate, moving from 20-25 degrees being a hot day to nearly 40 degrees in the wet season.

“But it was also a shift in working environment and a different approach working for a research institute versus a mining company…some major shifts in the way of thinking.”

Fortunately Daws – whose PhD focused on tropical forests in Central America – discovered that he liked both life in Australia and working in rehabilitation.

These days he’s a senior research scientist with Alcoa, where he specialises in rehabilitation and biodiversity and is part of a program that last year planted more than 550,000 native jarrah forest plants in WA’s Darling Range.

Alcoa’s progressive rehabilitation techniques allow for reforestation efforts to start almost immediately after mining has stopped at areas of its Huntly and Willowdale operations.

“Rehabilitation is a critically important function for Alcoa,” Daws said.

“Each year, we clear around 600 hectares of jarrah forest, which we then mine, and it’s critically important that we rehabilitate that in a timely manner.

“We view that rehabilitation as a fundamental part of the mining process, in that you can’t separate mining and rehabilitation, they go hand-in-hand.

“We’re really proud of our achievements and our efforts to minimise the area that is open [for mining] at any one time and keep the time between mining and rehabilitation as short as possible.”

Daws says it’s exciting to see the positive results of rehabilitation, with Alcoa setting a target of 100 per cent species richness for replanted understory – meaning there are as many species in rehabilitated areas as in surrounding unmined forest.

Alcoa, which has been rehabilitating forest in WA for more than 50 years, has been recognised internationally by the Society for Ecological Restoration and the United Nations for its achievements.

“The thing I’ve most enjoyed about rehabilitation is taking an area that has been mined, where there has been an impact, and being able to work to put something back that is as close as possible to what was there before,” he said.

“I think that’s what is really exciting. You can take a mined site and you can actually put something back that is incredibly similar to what was originally there.”

Daws said there was a clear need for good environmental science – including botany skills – across WA’s mining and resources sector.

“To be honest, I didn’t realise roles like this existed when I was working for Kew Gardens,” he said.

“I was very much in a research role and it never occurred to me that these kinds or roles were out there.

“I would encourage young people looking to move into science as a career to think a bit more laterally.

“I undertook a PhD looking at seeds and seedlings, thinking that was going to be useful from a research perspective.

“But those kinds of skills and knowledge can actually be really important in an applied sense, such as in the mining industry.”