Entire old mining town up for sale…including its pub! 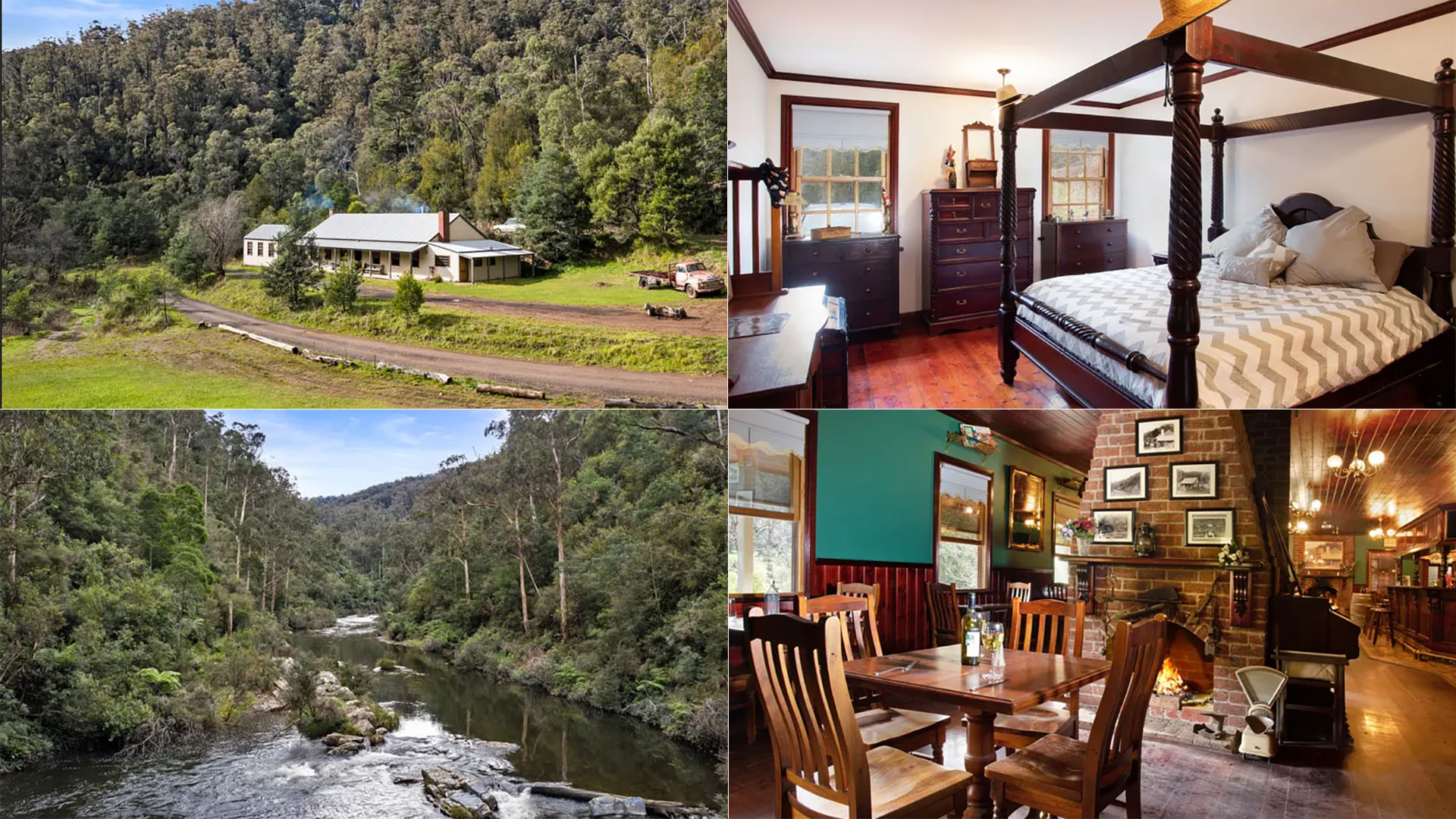 Regional Australia is littered with old towns that sprung up to support mining operations and then contracted back to a shadow of their former selves – and now you have the chance to buy one, complete with its own pub.

Coopers Creek in Victoria’s Gippsland region, was first established in the 1860s after alluvial gold was discovered there during the State’s Gold Rush.

Copper was subsequently found in 1864 and it was that commodity which enabled the survival of the township, with mining and smelting continuing nearby on-and-off until the 1970s. Lime quarrying was also a profitable local industry for the best part of half a century as the town’s population peaked at around 250 people.

But now the entirety of Coopers Creek has been put up for sale by the Holyoak family, which spent four decades from the 1960s buying up all the town’s titles.

Included in the sale are a two-bedroom home, two camp sites, the ruins of the old mining town and a replica of the historic Copper Mine Hotel, which burned down in 1999 but was subsequently rebuilt.

Four months after it first hit the market, Coopers Creek remains up for sale, with offers invited between $2.2 million and $2.6 million.

At the time of first listing, selling agent Ian Mason told The Daily Mail he had been flooded with interest, including from the US and UK.

“I’ve had huge amounts of emails, the phone just keeps on ringing,” he said.

“’Some of the interest has come from people who have an affiliation with the place and others who are wanting a big life change and have been thinking about how they can live off the grid and get closer to nature.”

The situation has some obvious similarities to Schitt’s Creek, the popular Canadian sitcom in which a wealthy family loses its fortune and relocates to a small town it once bought as a joke.

Coopers Creek – not to be confused with Cooper Creek, the death site of explorers Burke and Wills – is popular with bushwalkers, 4WDers, kayakers, fishermen and horse riders.

The namesake waterway runs through the middle of the townsite.

As the accompanying photographs show, the pub features a pool room, dining area, charming fireplaces and a commercial kitchen. But it has been closed to the public since 2007.

Coopers Creek is about 130km east-southeast of Melbourne.