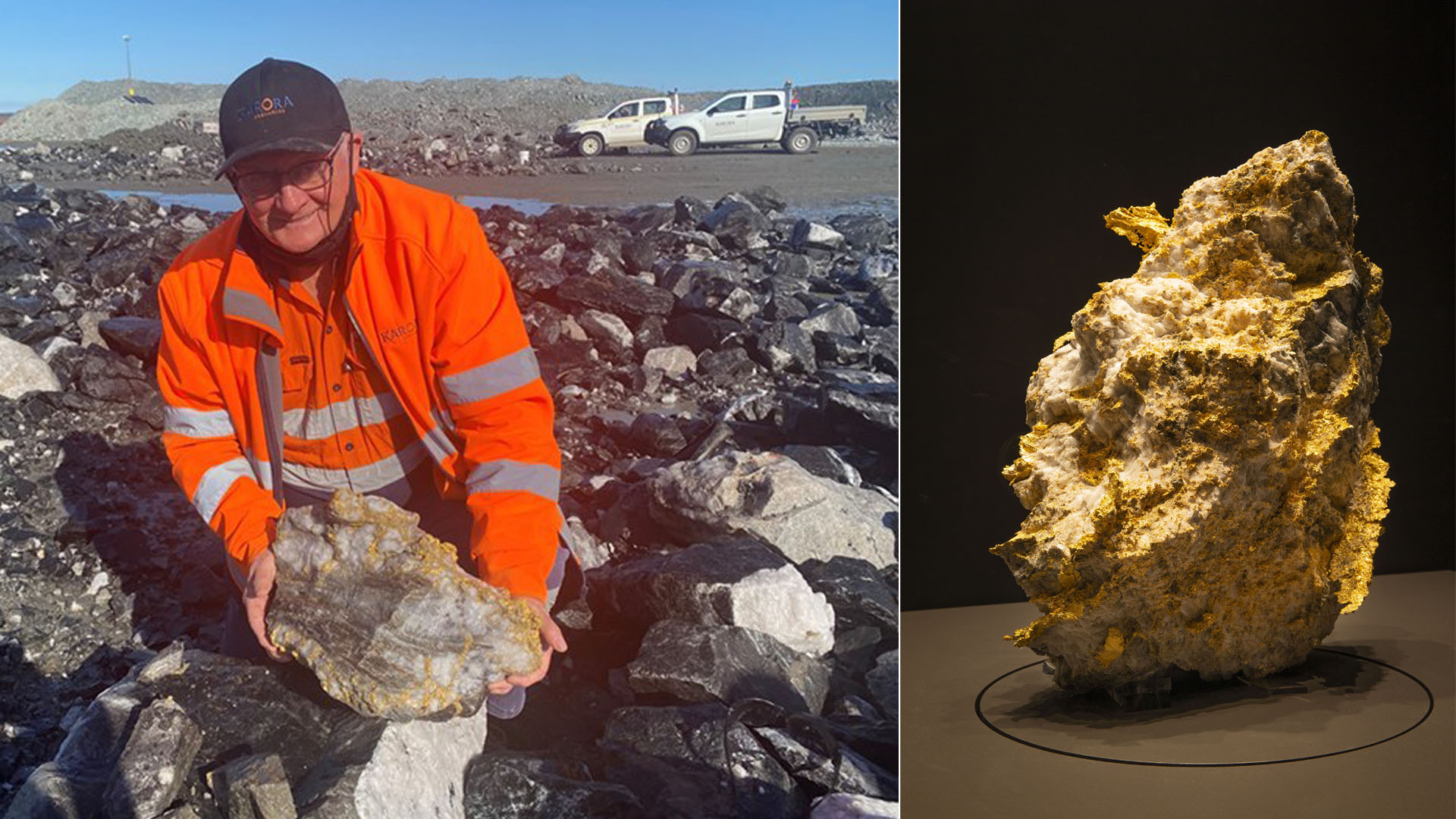 Owners of the Beta Hunt mine in the WA Goldfields have announced another exciting discovery nearly directly underneath the “Father’s Day Vein” that produced the famous King Henry rock.

King Henry – named after Henry Dole, the airleg miner who found it – tipped the scales at 93kg and created headlines around the world when it was discovered in 2018.

The Father’s Day Vein itself has yielded approximately 30,000 ounces of gold since it was unearthed at Beta Hunt, near Kambalda.

And now Karora Resources has announced another “very positive” high-grace coarse gold find that would be a “bonus” to ongoing production.

“Although it is too early to estimate the potential size of the new coarse gold occurrence, it is a very positive development as the area was exposed during normal mine development and this additional high-grade mineralization is not included in our Mineral Resource and is a bonus to normal mine production, which serves to lower costs and increase production.

“As we have stated in the past, coarse gold occurrences at Beta Hunt are best described as periodic upside to mine production.”

Initially opened in 1973, Beta Hunt originally started out life as a nickel mine under the old Western Mining Corporation (since taken over by BHP) and first produced gold in 2014 under the Salt Lake Mining banner. Karora (formerly known as RNC Minerals) took over Salt Lake Mining in 2016 and aims to ramp up nickel production at Beta Hunt in addition to gold operations.

King Henry, which contains an estimated 1400 million ounces of gold worth more than $3 million, is thought to be some of the biggest gold rock specimen currently in existence worldwide.

Gold specimens refer to gold-encrusted rocks recovered from an underground lode or gold-bearing quartz vein. By contrast, nuggets are generally found at or near the surface and mostly contain pure metal.

King Henry was bought in mid-2021 by the Perth Mint, which has put it permanently on display.

“The sad part of Australia’s gold history is that so many nuggets found in the early days were melted down for their value,” then Perth Mint CEO Richard Hayes told the ABC at the time.

“I can’t see it [King Henry] ever being melted down … it will be here for generations to come and for our children’s children to enjoy.”

Describing the King Henry discovery to the ABC, Henry Dole said he had returned to the area where the massive gold rock was found at the start of a shift, having previously drilled the walls to plant explosives.

He described watering down dust to find more gold than he could possible imagined.

“I’ve been an airleg miner for 16 years. Never in my life have I ever seen anything like this.

“I nearly fell over looking at it … we were picking it up for hours.”