The WA mine with its own dedicated (and decorated) fire brigade 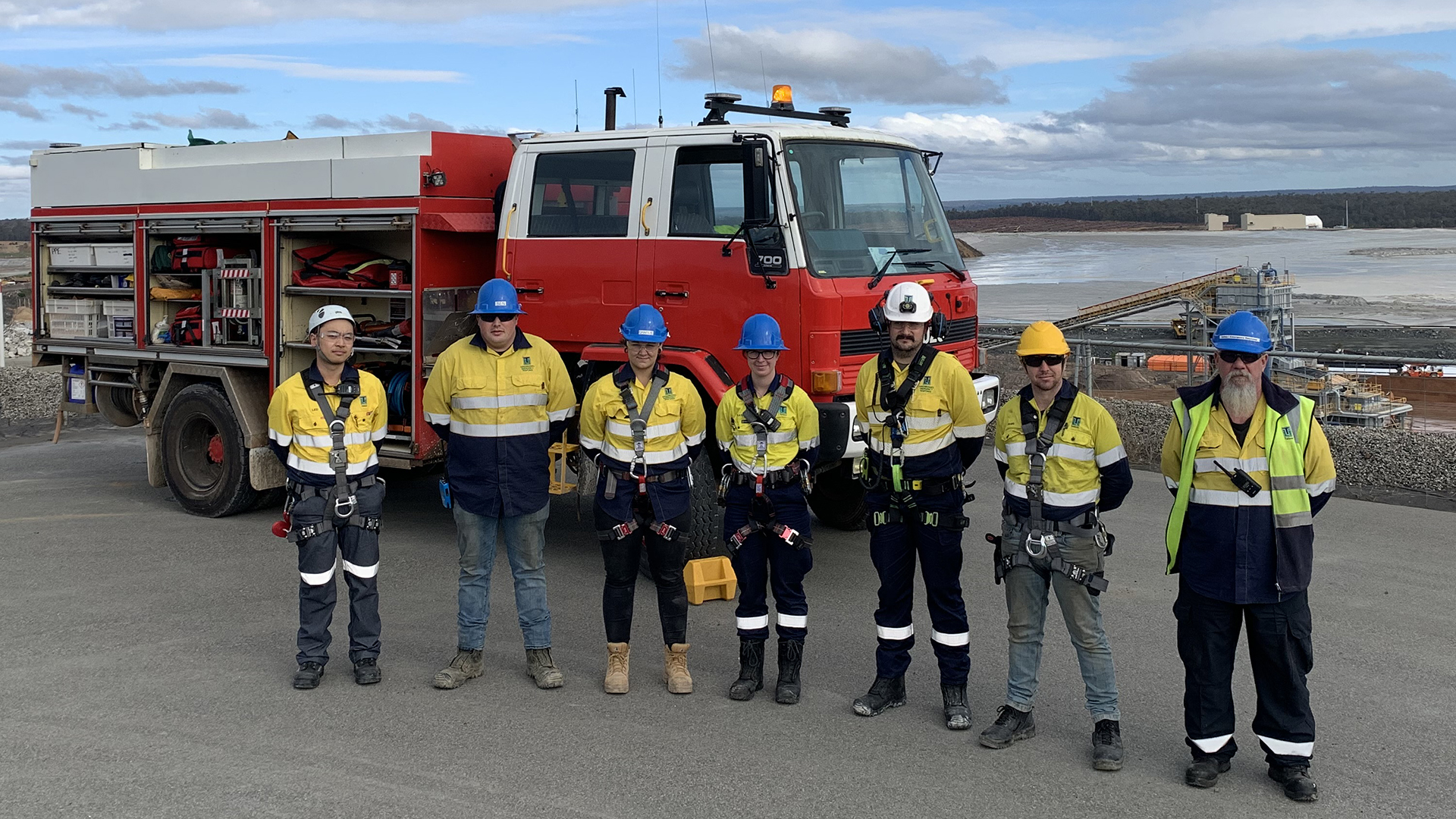 Production of a critical mineral central to the cleaner energy revolution is what Talison Lithium’s workforce knows best.

As well as bragging rights to working at the world’s largest hard-rock lithium mine, the team at Greenbushes can also boast of an outdoor office in Western Australia’s picturesque South West.

Mining might be front and centre of Talison’s day-to-day operations, but the lithium producer underlined its commitment to the broader community when devastating bushfires swept through the scenic countryside earlier this year.

Talison safety and emergency response coordinator Tim Hingston was among the first at the face of the raging inferno.

The long-standing miner, who also serves on the Greenbushes Volunteer Bush Fire Brigade, described the hot and dry conditions leading up to the fire as a “nightmare”.

“As far as bushfires go the perfect storm – 40-degree heat, 40-knot winds, middle of summer and the bush was tinder dry,” he said.

“It was a hot, windy, terrible day. It was a nightmare.

“Initially we were right at the fire trying to stop it from spreading.

“We were one of the first brigades on the ground and it was like we were at Ground Zero then it just took off.

“The wind was so intense; the ember attack was one to two kilometres ahead.

“There was little we could do so we went from fighting the fire face to asset protection where we sat at the edge of Bridgetown and waited for it to come.

“There we made sure the fire died at a firebreak and attacked any hop over of embers.”

While no lives were lost, a nightmare it was.

The Bridgetown blaze burnt more than 2200 ha in 24 hours destroying native vegetation, infrastructure and even some homes.

But the collateral damage could have been far worse had it not been for the volunteer firefighters who toiled overnight to contain the fire’s spread.

That included a cohort from Talison who joined Hingston in downing tools to tackle the blaze.

As well as lending staff to the cause, Talison sent in some heavy machinery to cut firebreaks and their contractors SG Mining chipped in with some water carts.

That was just days after Talison opened the doors of its construction mining camp to weary volunteer firefighters who had arrived from all parts of the State to fight a fire that had started in Kirup and was threatening lives and homes.

With more than 150 firefighters accommodated and fed at the camp over several days, Talison’s contribution saw the lithium miner awarded a Certificate of Distinction by the State Government on June 30.

State Emergency Services and Environment Minister Stephen Dawson who travelled to Greenbushes to present the certificate said the company had played an active role supporting emergency services in the South-West for many years.

“I want to thank Talison for all the support it provided in keeping the community safe on such a challenging weekend for the State,” he said.

“All the volunteer firefighters who brought the inferno under control can be incredibly proud of their brave efforts.”

Dawson’s sentiments were echoed by WA Fire and Emergency Services Commissioner Darren Klemm who said DFES had developed a strong relationship with the miner since signing a Memorandum of Understanding in 2020 to formally recognise the Talison Emergency Response Team (ERT) Fire Brigade.

“Since then, the Talison brigade has provided important support to the Greenbushes Volunteer Bush Fire Brigade and other volunteer emergency services groups in the district,” he said.

Talison general manager operations Craig Dawson said while it was pleasing to receive a nod of appreciation, the company had not done it for the recognition.

“They do a lot of training on site with our emergency response teams, but there is also a lot who are members of local bushfire brigades and other emergency services such as St John Ambulance.

“We have an approach where if they are needed and they are required to be called upon then we certainly make them available to go and do that civic duty and help out in the community.”

See also  Pilbara towns cop a year's worth of rain in a fortnight, record 'coldest' days

Craig Dawson said he had admiration for the people prepared to put to put themselves into volunteer emergency service roles.

“There’s a level of risk that comes with those roles when you’re doing it,” he said.

“We had some of our employees directly impacted – certainly by the Bridgetown bushfire – and to be able to highlight what our people are doing to assist from my perspective is fantastic.”

With 27 years under his belt at Talison and with most of that time spent as the company’s emergency response coordinator, Hingston said he enjoyed the camaraderie of the role.

“There’s something there.  As much as at times it can be scary there’s certainly a camaraderie,” he said.

“It’s just something you do.  You’re out there, you’re relying on each other and that can mean a lot.”