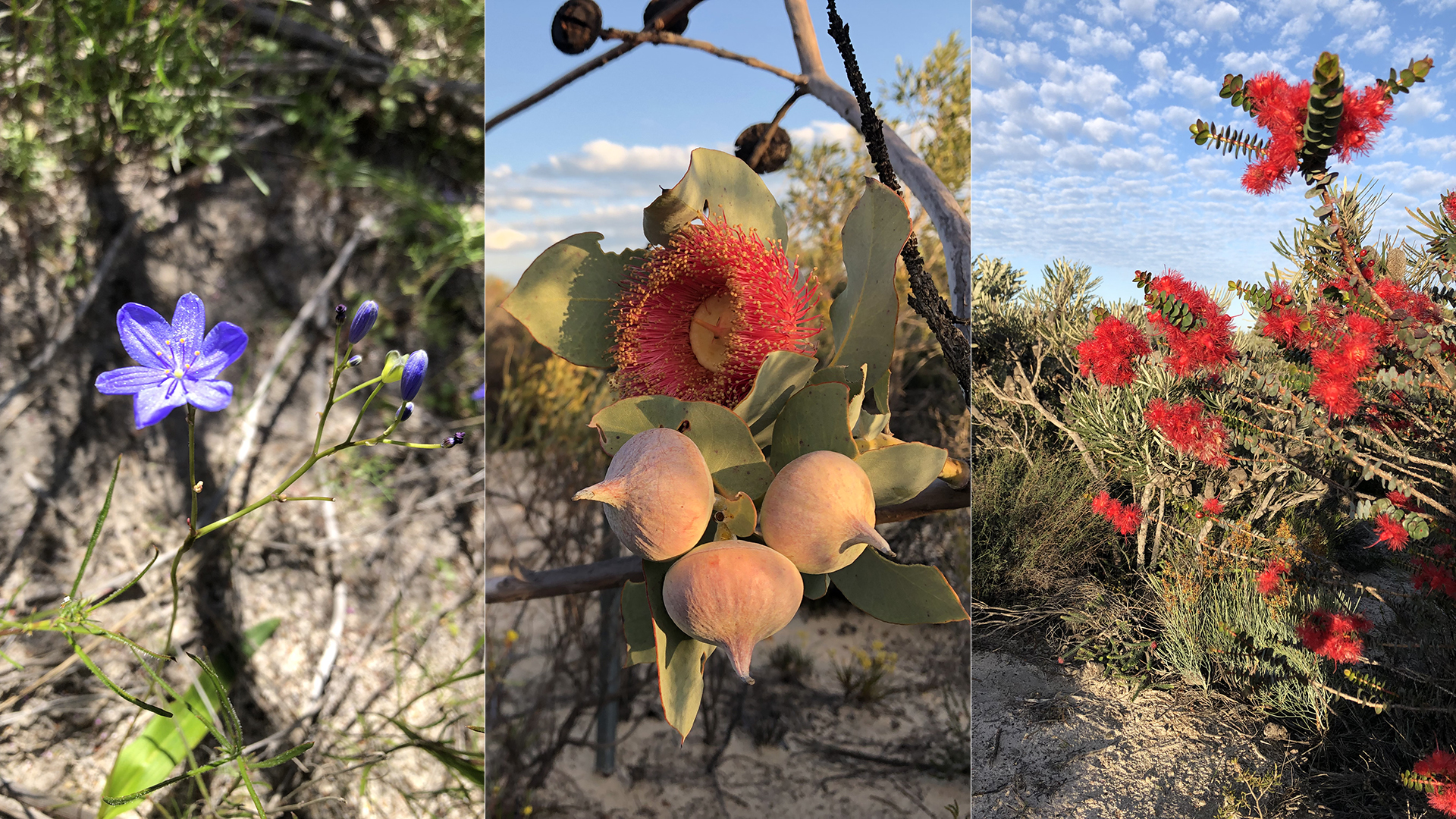 While Perth surged past its monthly average rainfall for August in the first two weeks of the month and several city locations set new August precipitation records, the downpour in the second half of winter was also keenly felt in ‘wildflower country’ to the north.

Geraldton Airport recorded 137 mm for August – well above its average of 65 mm – and both Morawa Airport (96 mm against an average of 39 mm) and Badgingarra (169 mm, average of 85 mm) were also much wetter than normal.

At Eneabba, where Iluka Resources is rehabilitating areas of WA’s globally renowned Kwongan habitat, the 529 mm of rain so far in 2022 has already passed the yearly average.

Iluka’s Principal Rehabilitation Scientist Mark Dobrowolski said the team at Eneabba was extremely excited by both the current flowering and the positive impact the rainfall will have on future rehabilitation work.

“Eneabba’s wildflowers are pretty consistent, being close to the coast. But this year is looking especially good,” Dobrowolski said.

“The winter rain helps our rehabilitation efforts immensely, because it means more seed can be collected for use in the following season’s rehabilitation.”

Dobrowolski said Darwinia neildiana (Fringed Bell) was doing particularly well of late, while it was also shaping up to be a good season for Conospermum species (Smokebush). A variety of orchids are also flourishing and the team at Eneabba always remains on the lookout for the rare Northern Queen of Sheba orchid (Thelymitra pulcherrima), which can take seven to 10 years to flower.

Queen of Sheba was sighted flowering in WA’s south in late June.

Wildflower season has long been a late-winter and spring attraction in WA, inspiring tens of thousands of travellers – both locals and visiting tourists – to hit the roads through regional parts of the State.

The season typically starts in the Pilbara in June and winds its ways down before finishing in the South West in October…and as these images from Eneabba and other parts of the Mid West show, 2022 could well be a vintage crop.