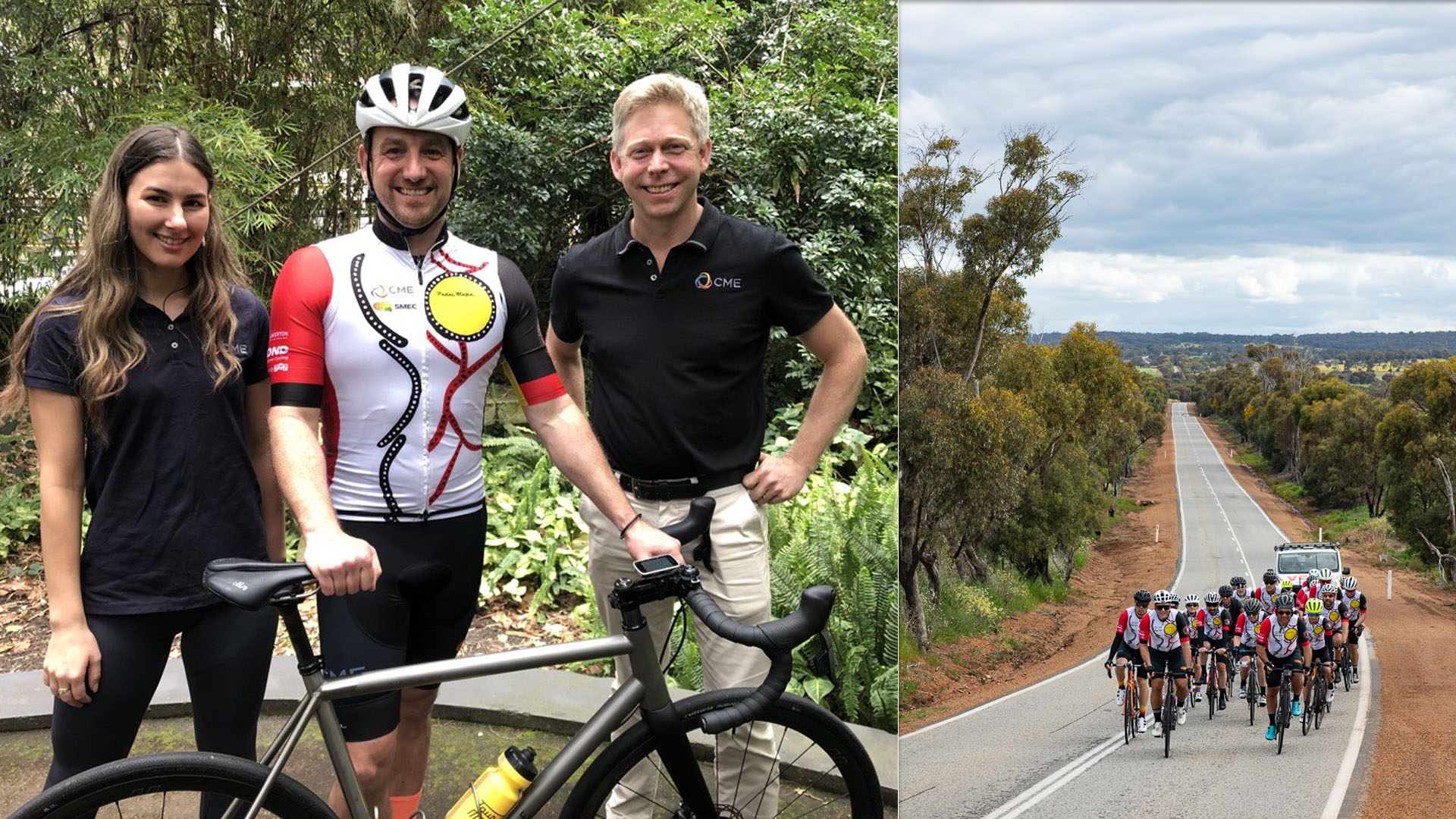 The team at the Chamber of Minerals and Energy of WA is used to hitting the road in the regions…but this trip is going to be a bit different and more strenuous than most.

For the second year in a row, CME – member companies of which comprise 95 per cent of WA’s mineral and energy production – will field a team in the Perth-Laverton Cycling Classic, a unique 1170km open-road event that takes riders from the metropolitan area, through the Wheatbelt and then into the historic northern Goldfields.

The event raises money for cycling and mentoring programs in the Laverton community and in 2022 CME has also elected to be the title sponsor for the ride.

Outgoing Acting Chief Executive Rob Carruthers is lining up for his second Classic and can’t wait to pick up where he left off.

“What I’m most looking forward to is getting back to meet a few people that I met last year,” Carruthers said.

“It was a really great group of people and some strong friendships formed. So that was a real highlight last year, as well as just the people that we met along the way in each of the towns…some of the traditional owner groups that we met with were really interesting and engaging people.

“And I got a really good sense of the Wheatbelt and the Northern Goldfields that I really hadn’t seen before, so I can’t wait to get back on the road.”

For CME’s South West Regional Officer Jason Mennell, the Perth-Laverton Cycling Classic will be a new experience and a return to long-distance riding for the first time in 20-plus years.

But the Goldfields scenery will bring a definite sense of familiarity.

“I like pushing myself and I like testing myself, so this was certainly an opportunity to do that,” Mennell said.

“Having spent a bit of time in the Goldfields, working out there as a journalist, the opportunity to get back and reconnect with Northern Goldfields is something I couldn’t pass up.

“The riding itself, the camaraderie that will come out of that is something I will no doubt enjoy along with testing myself physically.

“But I’m really looking forward to being in the Northern Goldfields, having exposure to those communities and speaking to the traditional owners, and just touching base again, with the red dirt.”

Meanwhile, Policy Adviser – Health, Safety and People, Naomi Plummer, is a newcomer not only to the CME cycling team but also very much to bike riding itself.

She said her reasons for taking part were simple.

“I’m always up for a challenge. And I really like to push myself to my limits,” Plummer said.

“I think one of the hardest things for me will be being in the peloton itself. I’m not used to riding in a pack so that’s going to be an interesting challenge.

“To prepare I’ve started riding to work, which has been interesting. Additionally I’ve been going to the training sessions provided by [race organiser] Brad Hall at the Exercise Institute just to get accustomed to the riding scene.”

The last five of those destinations are very much mining heartland in WA, with gold being mined continuously at Mount Magnet since 1891 (the State’s longest such run) and Sandstone, Leonora and Laverton all having been first settled in the mid-to-late 1890s. Leinster was established comparatively recently in 1976 but plays a pivotal role in BHP Nickel West’s flourishing operations.

The Perth-Laverton Cycling Classic is now into its fourth year and Cycling Development Foundation Managing Director Hall said its impact was already being tangibly felt in a Laverton community where bicycles were not attainable for everyone but which were capable of providing both a means of transport and one of the foundations of a healthy lifestyle.

In late August a group of Laverton youths who are part of the cycling and mentoring program made the trip to Perth to ride in an off-road race in Jarrahdale.

“Cycling doesn’t discriminate, like many sports do, with respect to age and fitness level,” Hall explained.

“You can have a five-year-old riding with a 20-year-old or a 40-year-old and having a conversation.

“The program’s benefit is really aimed at providing cycling programs for remote communities that can educate, nurture and develop health and wellbeing outcomes for these communities.

“There’s a huge scope of opportunity. The country we’re cycling through on the Perth-Laverton Classic is ultimately areas where we want to engage local participation and engagement with cycling.”

Although the near 1200km of the Classic will at times test even the most experienced cyclists, Carruthers said one of the tricks was to learn to relax in the saddle.

“I think it’s just about enjoying the experience and not taking it as too much of an insurmountable challenge,” he said.

“It’s well-organised and relaxed out on the road each day…obviously, safety and just keeping your wits about you are really important but it’s also important just to enjoy it.

To learn more about the CME Perth-Laverton Classic, you can visit the event’s website, where you can also sponsor Team CME or another team