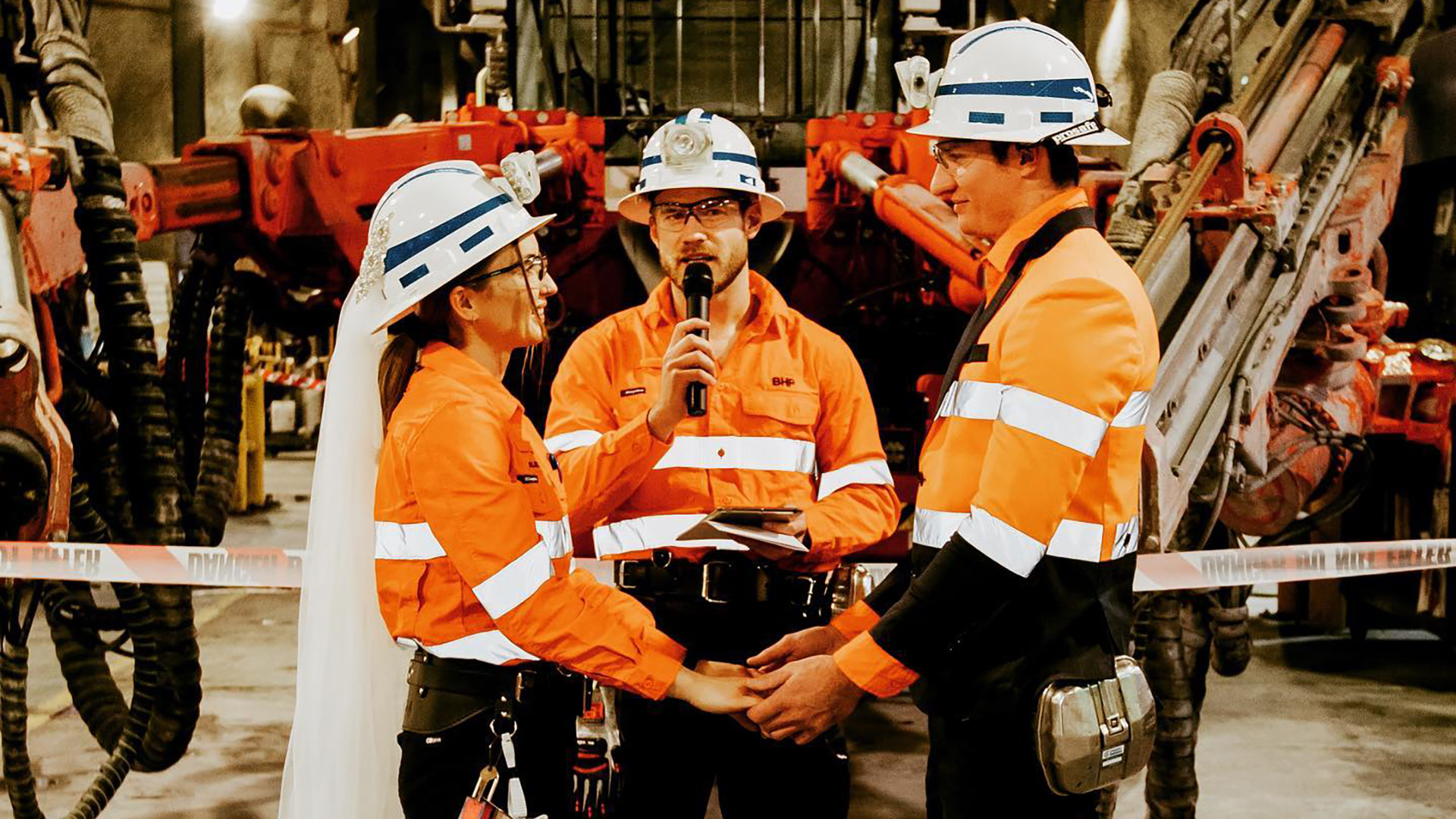 You come across all kinds of unusual happenings in the mining and resources sector but this one might take the cake – the wedding cake, that is.

BHP’s Nickel West operations are at the forefront of the big miner’s plans to be part of the global transition to widespread electric vehicle use and decarbonisation.

But we dare suggest the company celebrated a first this week when two its employees got married underground at a WA mine.

Aleese and Ryan met working underground at the Leinster Nickel Mine and that’s where they tied the knot as well, about 1.1km below the surface.

“Originally, we wanted to elope, somewhere like Broome or near the beach but Ryan suggested we get married where we first met. I asked my boss Chibs and four weeks later he got back to us and here we are – it was very cool,” Aleese told the BHP website.

“It was so important to us that we get married here. Leinster is home for us. I’ve worked here on and off since 2016 – I came out here as a road train driver and then came underground and over the years the family in town and the family on site have been fantastic.

“There were heaps of moving parts to it. But ultimately everyone came together and were so excited to do this for us.”

A post shared by A look inside BHP (@inside_bhp)

Those moving parts included the celebrant and photographer having to be properly inducted to be on site, while the bride and groom were in hi-vis complete with safety apparatus and helmets (in Aleese’s case, adorned with a veil).

The couple, who plan on starting a family in Leinster, will celebrate their union with family in Queensland next year.

BHP Nickel West is WA’s biggest nickel producer, with mines at Mt Keith, Leinster and Cliffs in the Northern Goldfields, a concentrator located in Kambalda, a smelter in Kalgoorlie-Boulder, and a nickel sulphate plant in Kwinana which started producing late last year.

Leinster, located 968km northeast of Perth and with a population of about 1400 people, was established in 1976 as a mining town and is currently owned and operated by BHP.

To read more on the Aleese-Ryan wedding, visit the BHP website.