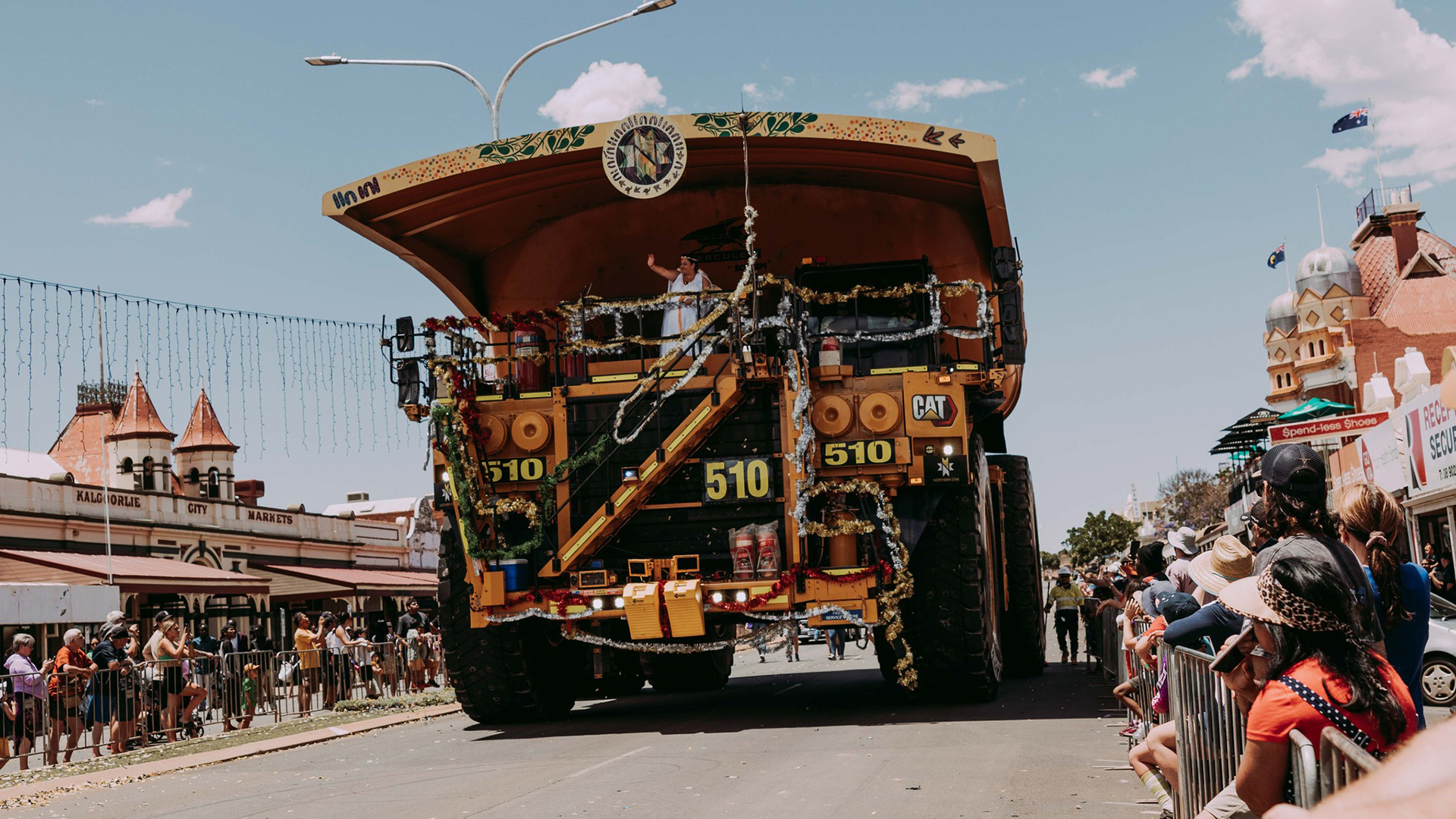 For the past 23 years Kalgoorlie has celebrated the St Barbara’s Festival. It has taken many forms, once celebrated with a gala ball, although always with a memorial service and a parade.

It is the brain-child of former CME Regional Council Chairman Dick Scallan, who wanted to bring mining to life for the families of Kalgoorlie-Boulder.

The festival culminates in a haul truck rolling down the main street to the delight of children, parents and visitors alike.

With this year’s festival being held only a week ago in the Goldfields, it seems an opportune time to delve into the extraordinary story of Saint Barbara – the annual event’s patron saint (indeed, the patron saint of miners around the world).

As legend goes, Barbara was the daughter of a rich pagan named Dioscorus, who was carefully guarded by her father. She was kept locked in a tower away from the influences of the outside world. Barbara had already proven to be rebellious, said to have rejected an offer of marriage.

Dioscorus had a private bath house built for her as he journeyed away on business. In his absence Barbara secretly became a Christian and installed three windows in the bath house in honour of the Holy Trinity.

Upon Dioscorus return, he was incensed to learn that Barbara had decided to become Christian. He brought her before the prefect of the province Martinianus, who in turn ordered Barbara to be tortured and beheaded.

During her torture, Barbara held true to her faith and miracles began to occur. Every morning, her wounds were healed. Torches that were to be used to burn her went out as soon as they came near.

Dioscorus, in his fury, beheaded his daughter.

And on his way home from the execution, Dioscorus was struck by lightning and his body incinerated.

Barbara was buried by loyal friend Valentinus, and her tomb is said to have become the site of many further miracles.

Since the 9th century, Saint Barbara has been worshiped by Catholics who face the danger of sudden and violent death at work. She is invoked against thunder and lightning and all accidents arising from explosions of gunpowder.

She became the patron saint of artillerymen, armourers, military engineers, gunsmiths, and in the 1600s was adopted as the patron of miners, tunnellers and other underground workers.

Her death occurred on December 4, a date synonymous with feasts held around the world in her honour. This is why, the St. Barbara’s parade is held on 4 December each year – where we honour her protection of miners.

Regardless of religious persuasion or faith, the symbolism of protection of those who work in the mining industry is not lost on the Goldfields community.

An interesting sidenote, St Barbara’s father being struck with lightning extends her patronage to those who feel threatened by thunder-storms.

At 4am, on the day of the 2022 St. Barbara’s parade, an unforeseen thunderstorm with cracking lightning occurred for a full hour – which the Festival committee saw as an indication Barbara was on board with the celebrations!