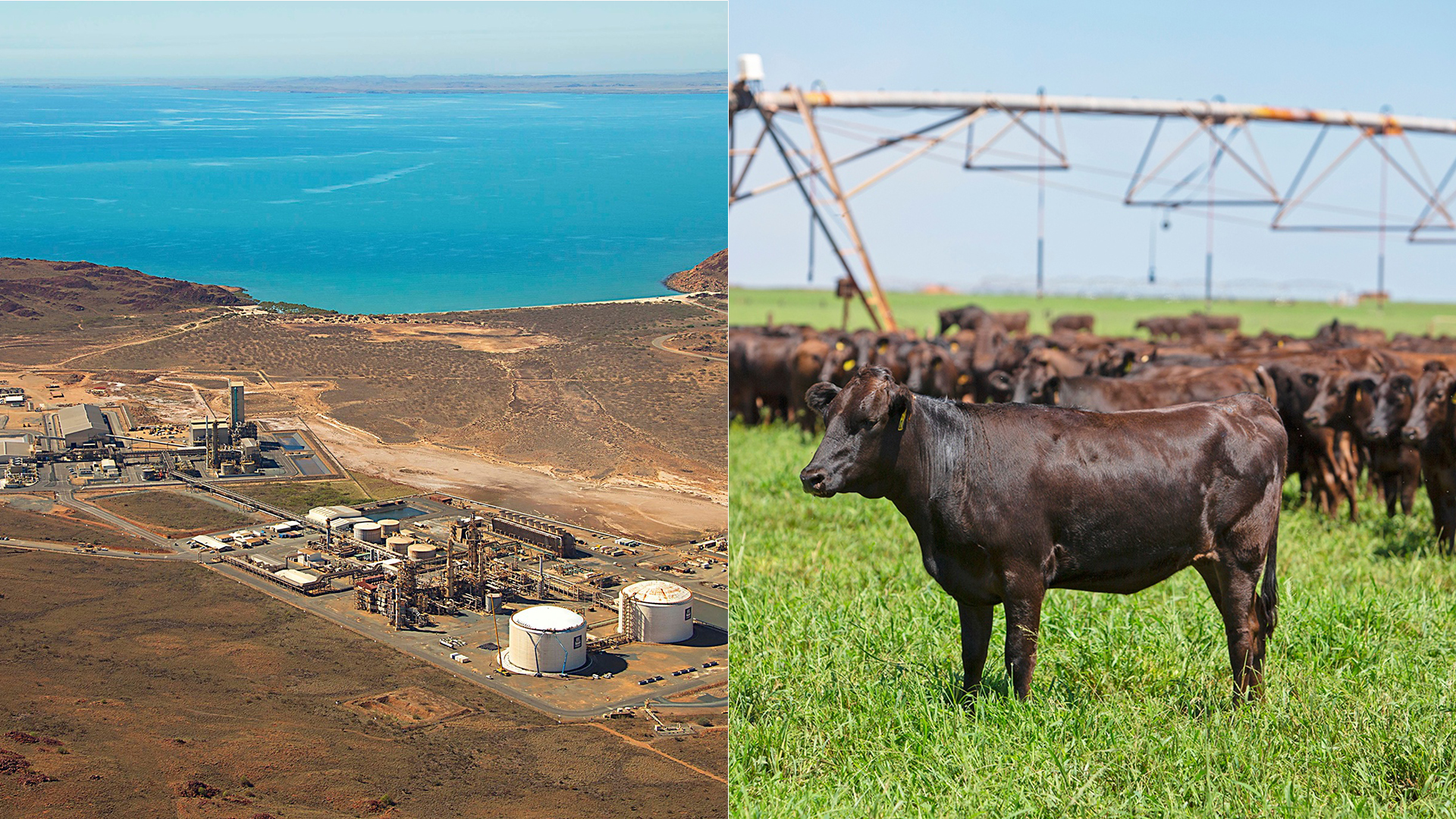 In a world in which examples of a circular economy are increasingly valued, one of the best – and presumably one of the tastiest – has its origins on the Burrup Peninsula outside of Karratha.

Yara Pilbara’s processing facility on the Burrup might be situated away from the gaze of many Western Australians but it’s an operation of truly global significance.

The plant produces about 800,000 tonnes of ammonia per year, which is largely used in fertiliser production. You might have read in the media recently about Yara shipping two cargo loads to Europe where fertiliser ingredients desperately needed for food production are in short supply as a result of the Russian war on Ukraine.

Yara Pilbara is also a major producer of technical ammonium nitrate (TAN), a chemical used in the manufacturing of industrial explosives. The 300,000 tonnes of TAN produced each year on the peninsula directly underpins the blasting activities required to operate many of the Pilbara’s economy-shaping iron ore mines.

But straddling those two production regimes is a “waste” recycling initiative that is very much taking circular economics from paddock to plate in WA.

The product at the heart of this is known as Pivot 16. It’s being used a few hundred kilometres up the Pilbara coastline by Pardoo Beef Corporation to help grow pasture for cattle being raised for sale in both domestic and international markets.

“Pivot 16 is the solution to a challenge we faced with a byproduct that’s produced during the technical ammonium nitrate production process,” Yara Pilbara production manager Ryan Campbell explains.

“That ‘off-spec’ product previously had to be removed from site by a waste treatment company, which came at a cost to our business. But the byproduct was also a nitogren-rich compound that can be reprocessed into a fertiliser product.

“Working through the challenge, we really wanted to integrate the solution into the local industry and create value for the local economy.

“The local pivot farms were identified as a potential market for our new fertiliser product – and we were able to customise it to the Pilbara pivots through a collaborative effort between Pardoo Beef Station, Yara Australian and Yara Pilbara.

“Nitogren-based fertilisers are an energy hit for crops and typically perform very well for the types of crops being grown in the Pilbara.”

For those without an agricultural background, pivot farming is an irrigation method in which equipment rotates around a pivot – producing telltale circular crop fields like those at Pardoo.

In terms of physical production of Pivot 16, the off-spec from the technical ammonium nitrate production process – typically either undersized or oversized – is separated from the final product via a screening unit. It’s then redissolved in water, where it undergoes further refining to remove anti-caking materials and is put through a quality testing regime before being distributed to customers.

See also  ‘Seeing a Haulpak for the first time...I fell in love’

“From there it’s transported about 400km up the road to Pardoo Station, where it’s moved into their storage.”

Pardoo Beef is on track to achieve an ambitious target of producing 21,000 Wagyu cattle by 2024, with Asia a particularly attractive market because of its booming middle class incomes and the expectation that demand for agrifood in the region could double by 2050.

By 2033 Pardoo Beef hopes to have 6000 hectares under irrigation and a herd of 100,000 Wagyu that will help take the Pilbara closer to challenging the neighbouring Kimberley as a cattle producer.

Seeing the success of Pivot 16 and the Pardoo partnership, which started with trials in 2018, is a source of considerable pride for Yara Pilbara.

“Our mission now but also for the future is to do more with less,” Yara Pilbara general manager Laurent Trost said.

“Developing this type of circular economy using something that we won’t use to make something very important for someone else is extremely important. This means clients avoiding having to import fertiliser from very far away in WA or even from abroad.

“We are based here in Karratha and we want to develop this region and help neighbours like Pardoo Beef to develop as well.

“If we can continue to develop ideas in a circular economy, where we have excess steam, excess water or waste that can be reused and converted into a finished product – that’s a great idea. The more we discuss these things with stakeholders locally, the more we have such ideas.”